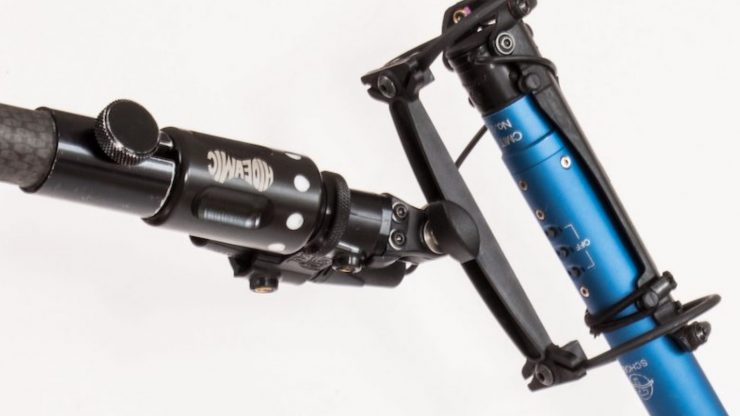 The Hide-a-mic Re:pose was designed to create an acoustic barrier and reduce the number of low frequencies traveling from your microphone stand, boom, or car rig to your microphone suspension system.

The Hide-a-mic Re:pose tips the scales at 50g / 1.7 oz, so it won’ add any noticeable weight to whatever mic stand or boom you happen to be using.

The Re:pose can be added to a boom rig to minimize handling noise, used in a car rig to remove low rumble, etc.

The Re:pose is made from lightweight aircraft-grade aluminum and silicone.

There are three different versions available.

The Hide-a-mic Re:pose is now available for the following prices: