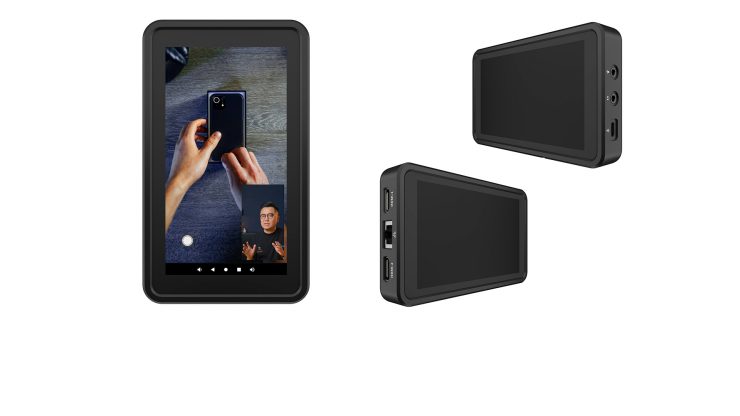 AMBER supports video streaming of two 1080p60 HDMI sources with a user-customizable Picture-In-Picture functionality for Android apps. You plug your camera into AMBER and stream directly to social apps such as TikTok, Facebook, Instagram, YouTube, and Weibo. Live streaming on YouTube is only supported through a web browser. Any video source can be used as long as it’s no more than 1080p60.

AMBER has a microphone and headphone input and an ethernet port that the user can plug into a router to stream with.

For power, AMBER uses a Sony-style NP-F battery. Also on the side is a USB-C input. It’s not clear what the USB-C connection can do. It might be for power, data, or both.

AMBER is limited to WiFi and direct internet access through the Ethernet port without having a data plan. I suppose a hotspot could be used for mobile use.

Amber will retail for USD 499 and is scheduled to ship in October.