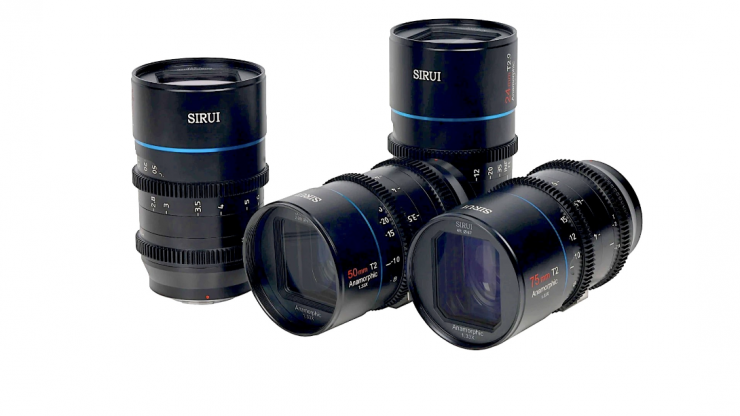 MTF Services is exclusively offering a conversion for the Sirui MARS Anamorphic Micro 4/3 mount lenses. The 24mm T2.9, 35mm T2, 50mm T2, and 75mm T2 are available in a set that has been pre-converted to either Canon RF, Leica L, or Sony FZ mount.

The Sirui MARS Anamorphic lenses feature a 1.33x Squeeze that allows 16:9 sensors to produce a 2.4:1 aspect ratio and an ovel bokeh.

Despite only having a Micro 4/3 mount, the 24mm, 50mm and 75mm will all actually cover an APS-C-sized sensor. Sirui also makes these lenses in Canon EF-M, Sony E, and Nikon Z mounts, however, the MTF Services conversion set allows you to use them on a greater choice of cameras.

The Canon RF mount versions are suitable for use on cameras such as the C70 and RED KOMODO.

The Leica L mount versions can be used Lumix S1 range of cameras including the new BS1H.

The lenses including the conversion are available for the following price: