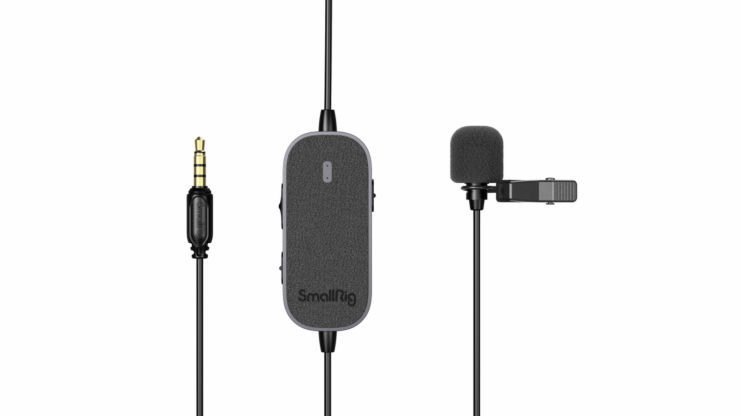 SmallRig has announced the Forevala L20 Omni-directional Lavalier Microphone. This is being targeted as an entry-level, budget microphone for Vloggers, YouTubers, people doing presentations, and live streams.

It is interesting to see SmallRig expand out into making audio products and lighting.

The Forevala L20 features a low-cut attenuator that can remove frequencies below 200Hz. It also has onboard gain adjustment settings of both 0db and 10db.

The microphone features a built-in polymer battery, and it supports recording time of more than 20 hours. You re-charge via USB-C. SmallRig claims that you can charge the battery in just 30 minutes.