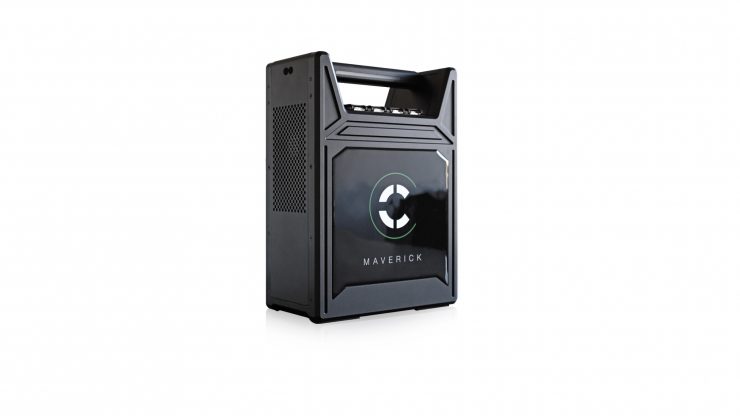 The Maverick battery was designed to be a next-generation, all-encompassing block battery system for cinema and lighting applications.

The MV6 can sustain up to 20A draw on both 14v and 28v outputs simultaneously, while its internal charger can charge the pack back up in five hours by plugging it into a household mains outlet.

The MV6 has 2x XLR (4-pin) @ 14V (12-17V DC), 2x XLR (3-pin) @28V (regulated) outputs. This allows the MV6 to power either 14V or 28V products depending on your requirements. Iy can also supply 14V or 28V products simultaneously as long as the combined power draw doesn’t exceed that of the battery. The MV6 also has D-tap and USB outputs for charging other accessories.

The great aspect of nickel metal hydride batteries is that you can check them in on planes, unlike high-capacity lithium-ion batteries.

It features an all-aluminum modular design and according to Core SWX, it offers up to 7” of water resistance.

The Maverick MV6 weighs 28.3 lbs / 12.83 kg. It has also been designed to fit into older block battery cases which is handy if you happen to have one laying around.

The modular design also allows for servicing in the field in case of any issues. The MV6 features premium Nickel Metal Hydride cells from Japan. Core SWX claims that the battery block will sustain several thousand cycles of usage with minimal degradation.