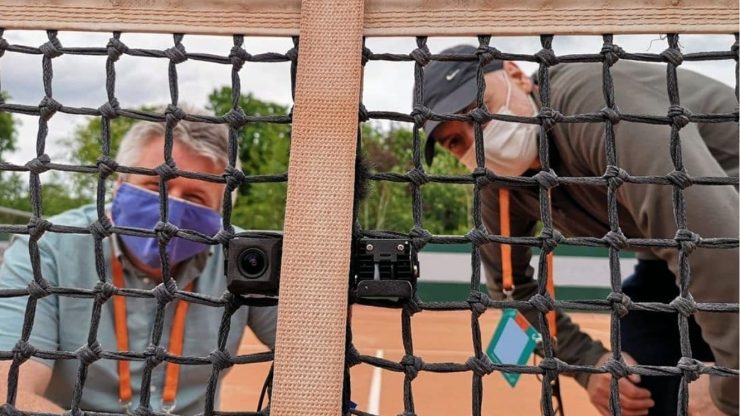 Dream Chip who makes small broadcast cameras has teamed up with Gravity Media to integrate the AtomOne mini Air into their new ‘NetCam’.

‘NetCam’, is a new integrated camera that has been deployed at a number of global Tennis events. It is mounted directly to the tennis net itself.

Broadcasters are always trying to come up with new and exciting ways to cover sporting events. Some of these concepts work well and others don’t. From small-sized cameras inside race cars to the Hawk-Eye system used for tennis, to the underwater cameras that cover swimming and diving, broadcasters continually try to push technology further to provide the audience with a more immersive experience.

The ‘NetCam’ with Atom One Mini Air integration is able to be fitted to a tennis net because the Mini Air lens is only a little bigger than a one euro coin and it weighs just 25 grams. Despite being so small it is still capable of delivering 10-Bit Color Depth and 1080/60p/i output over SDI. The camera utilizes a 1/2.5” sensor and an S-Mount. Gravity Media developed a special housing for the camera that enables it to endure the shocks of impact on the net where balls can hit at speeds of up to 117 mph without signal loss.

The cameras integrate seamlessly with a wider production setup and can be managed through a single network backbone and controller.

By being mounted on the net, the audience is able to get a unique angle that they haven’t seen before. The camera isn’t just limited to being placed on a net, it could also be placed in other unusual positions, such as near ball boys, court lines, and umpires.