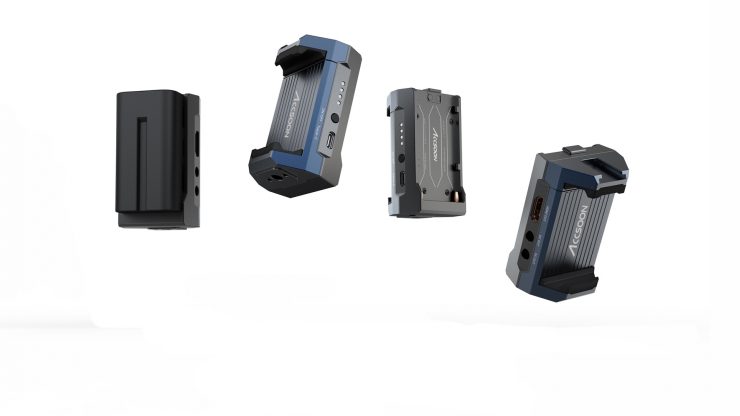 This type of product is something we all want. The ability to use an Android phone as a camera monitor could come in handy. I do wish an iPhone version would be coming as well.
Last week Z Cam also introduced a device that offers similar features.
The M1 does more than just monitor. It also can live stream and record directly to the phone.

From the looks of it, the phone clamp mounts to the camera and houses all the electronics and an NP-F battery sled that can power both the phone and camera with the right cables. It does look nice and tidy!
The M1 has an HDMI input and a USB-C output that sends the image to the Android phone.
I don’t know if an app is necessary, but I have a feeling it would need some kind of software interface especially with the record and streaming options.

As of now, there is little more information on the M1, but we will post it up when more news comes available. Did I mention an IOS version would be great?