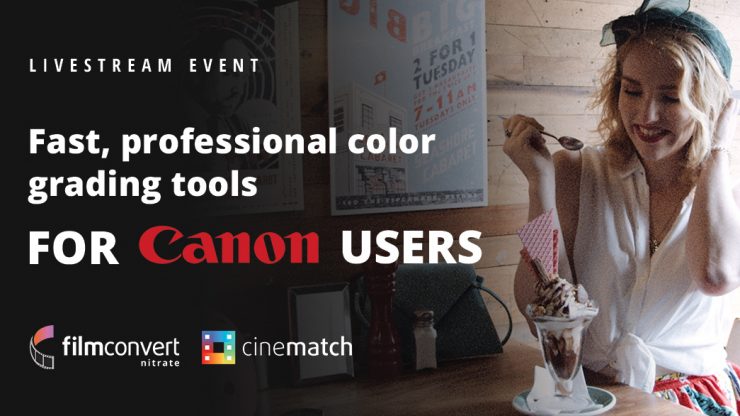 FilmConvert and Canon USA will be holding a live online seminar demonstrating how easy it is to correct and grade footage from the Canon C500 Mark II with its film emulation and camera matching tools.

Along with the live grading demonstration, there will also be the chance for participants to ask questions in the Q&A about both FilmConvert Nitrate and CineMatch.

The live stream is free to join and it will be held on Tuesday, September 7th. It is scheduled to last for around 45minutes. Below you can see the world times when it will be on:

FilmConvert will also be releasing its new Canon C500 Mark II camera pack for CineMatch and the regular version of FilmConvert.