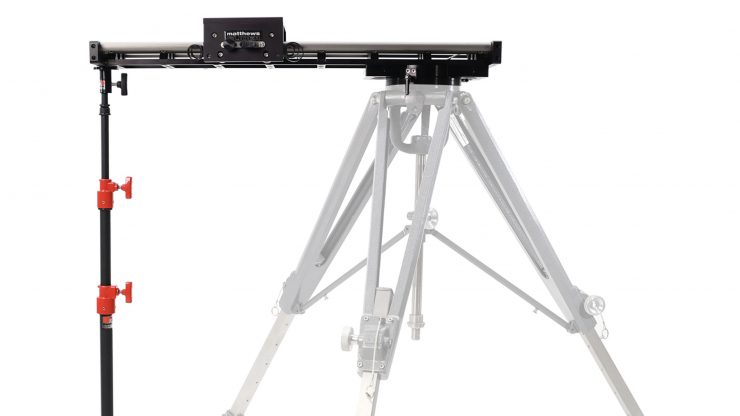 Matthews Steady Rest (Moses pole) is a double riser, telescoping pole with a crutch tip on the bottom and a 5/8” baby pin on the top.

The Steady Rest can be used as end support for slider systems when rigged on a dolly to help prevent sag. You can use the baby ball head adapter to rig it on the bottom of your slider.

The Steady Rest was originally designed to rest steady-cam systems and stabilizers in-between shots to give the operator’s back a break.

The Steady Rest can be used with quite a lot of sliders, but it has been engineered to work well with Matthews Sliders. It works well if you want to accommodate weight offsets. The Steady Rest has a 90-lb/40 kg load capacity, so it is good for those times when you need to distribute the weight and prevent sag when using a heavy camera rig on the far end of a Slider.

The Steady Rest retails for $127 USD.