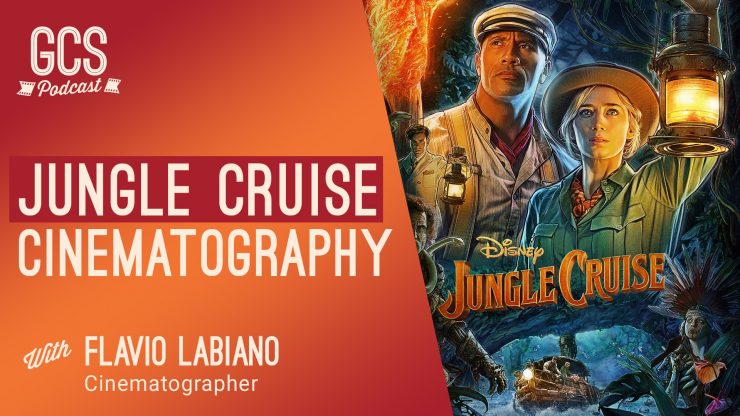 Jungle Cruise is a modern adventure film whose cinematography is inspired by old-school classics. Cinematographer Flavio Labiano and Go Creative Show host Ben Consoli talk about the movie and go into a lot of detail about how the film was mainly shot in a giant water-tank in an Atlanta parking lot.

Flavio and Ben discuss the challenges of filming the boat scenes, the role of 2nd unit cinematography, and the importance of color in cinematography.