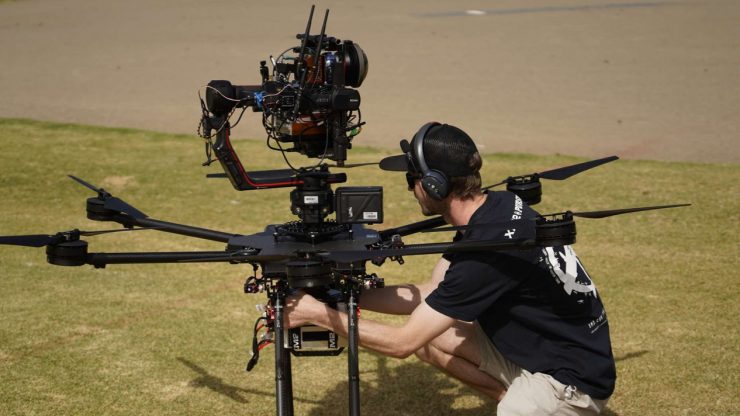 ACHTEL and XM2 PURSUIT, specialists of aerial and ground-based camera platforms, have announced that the 9×7 digital cinema camera is now available to rent in the US.

If you are not familiar with the 9×7 camera, it is a new high-end cinema camera with a global shutter. It is aimed to replace multi-camera arrays and 70mm film, and it specifically targets high-end VFX, VR, Giant Screen, and IMAX productions. If you want to know more about the camera we did a very in-depth article when it was first announced that you can read here.

The 9×7 camera can be rented with a range of accessories and lenses as well as the integration of state-of-the-art stabilized platforms and operated via manned aircraft, vehicles, and drones. XM2 PURSUIT will provide end-to-end management from planning and execution through post-production.

The 9×7 captures images using an uncompressed raw format with a recording bandwidth of up to 10 GB/s – approximately 30 times more than traditional digital cinema cameras can achieve. The 9×7 camera is available with a variety of lens options and mount systems including LPL, PL, and Panavision.

XM2 PURSUIT is a collaboration between XM2 and Pursuit Aviation to create a global, integrated aerial and remote head vendor with the ability to meet the unique needs of any film, TV or commercial production along with research, development and manufacturing capabilities. With offices in Los Angeles, Atlanta, London, the Gold Coast and Melbourne, XM2 PURSUIT has serviced some of the industry’s biggest feature film franchises including Star Wars, Fast & Furious, Pirates of the Caribbean, Westworld, James Bond and Aquaman.