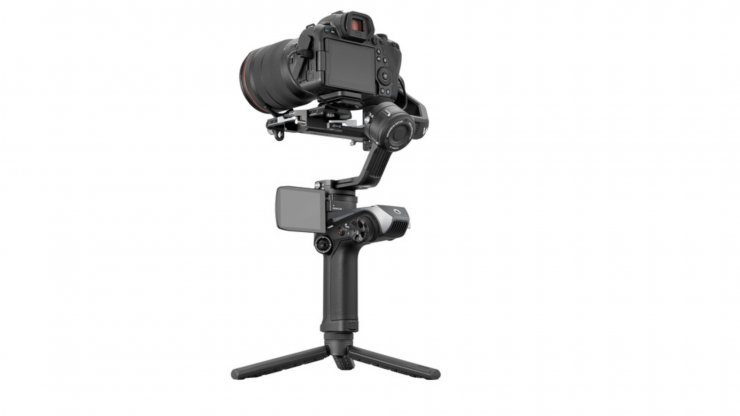 Zhiyun has announced its latest gimbal, the WEEBILL-2. The WEEBILL-2 is the third iteration of the WEEBILL series. You may be thinking, oh no, not another gimbal, but the WEEBILL-S has a few nice features that are quite unique.

The WEEBILL-2 doesn’t look that much different from the now discontinued WEEBILL LAB, however, the main difference is that it does feature a built-in flip-out screen and they have now moved to an in-built battery instead of using replaceable 18650 batteries. It also has some more surprises up its sleeve that I will mention later on.

It can take camera payloads up to 7.3lb (3.31kg) and features an integrated 2.88″ flip-out touchscreen. The whole idea behind this is that you can use the screen for monitoring and making adjustments. Even though Zhiyun claims that you now no longer need to use your smartphone for monitoring, I’m not sure I would rely on getting accurate exposure, focus, and composition from looking at a screen that is less than 3″.

You can also use the new optional Zhiyun-Tech TransMount Image Transmission Transmitter to send an image from your camera directly to the 2.88″ flip-out screen so you can use it as an external monitor.

The WEEBILL-2 features a new UI design and an Infineon sensor that Zhiyun claims improve the gimbal’s performance.

The runtime of the WEEBILL-2 is claimed to be 9 hours, however, it also supports PD charging. According to Zhiyun, you can charge the gimbal to 25% capacity in only 20 minutes, 50% charge in 40 minutes, and 75% in 1 hour. Full battery charging is said to be 1.5 hours.

Another new accessory is the COV-04 MASTEREYE VISUAL CONTRLR VC100. This is a 5.5″ 1920×1080 external monitor with 1000nits of brightness. It features a built-in receiver that takes the signal from the Zhiyun-Tech TransMount Image Transmission Transmitter.

It is, however, is far more than just an external monitor. It features camera control (from select cameras), zoom and focus control (depends on the lens and camera combination), and remote gimbal control. This allows someone else to do your camera moves while you concentrate on just operating the gimbal.

The WEEBILL-2 can be bought by itself, or in one of the following kits:

The WEEBILL-2 is available to pre-order for the following prices:

You can also purchase them on Amazon: