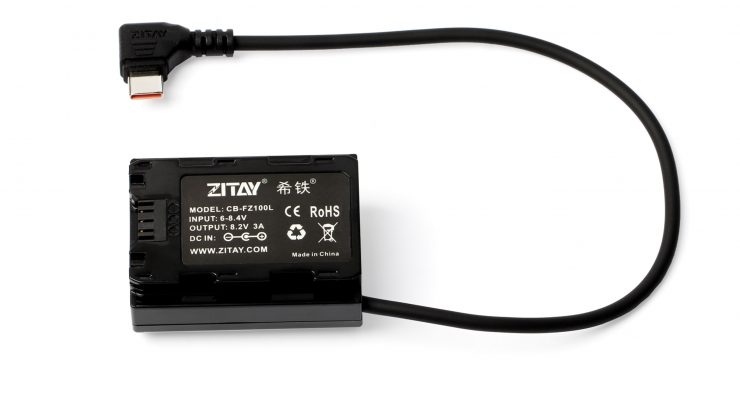 Zitay has released a new series of dummy batteries that allow you to power various cameras from the DJI RS2 gimbal.

Having a dummy battery with a power cable can be a life safer if you run out of camera batteries. It is also nice to be able to power your camera nd the DJI RS2 from a single power source.

The dummy battery with power cable is available for most popular DSLR and mirrorless cameras that are suitable for use with the DJI RS2.

The length of the cable is 21cm (8.26″), but if you do want a longer cable you can have one specifically made if you contact Zitay.

The input voltage is 6-8.4V and the output voltage is 8.2V 3A. Zitay claims that the battery will work in temperatures down to -20C.

The Zitay DJI RS2 Dummy Battery Power Cable versions are now availble to purchase for between $28-$39 USD depending on the version.