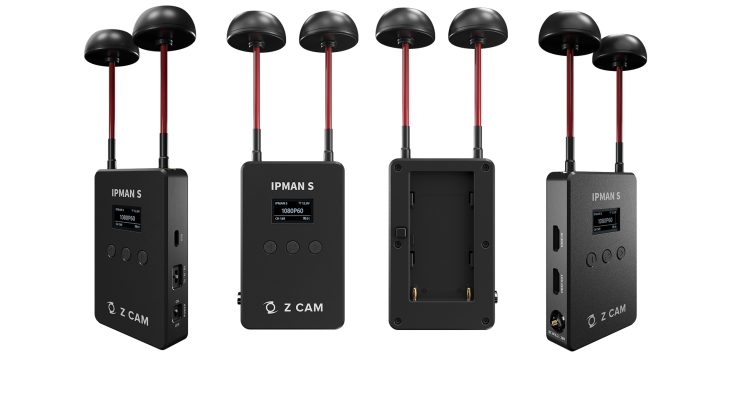 Z Cam announced a new product alongside their camera and EVF offerings. A wireless video device that is both a receiver and transmitter with three modes. Tx – M – Rx.
This way you can buy as many as you need for your setup. Each IPMAN S will retail for $149.00 each, so you can expect to pay $298 for a pair. The estimated ship date is June.

Z Cam states you can transmit 1080p60 max from one camera or video source while receiving 1080p60 max on four devices. The USB-C port with an ethernet adapter can be used for live streaming. The IPMAN S is capable of live streaming up to four devices simultaneously with either wired or wireless connection using the USB-C to ethernet adapter or HDMI out.

Z Cam IPMAN S has a 50-meter line of sight range. No info on latency was given.

IPMAN S has Wireless Live View for receiving video on a mobile device or use the IPMAN S for wireless camera control. I’m assuming they mean a Z Cam E2 that is plugged into the Z Cam with USB-C or ethernet.
For power, it has an NP-F battery slot and a DC socket 6.2V ~ 18V.

I should have an IPMAN S in for review in a few days for review. It looks like an interesting product. Z Cam is branching out a bit into other areas of production gear. It will be interesting to see how it integrates with the E2 camera as well.