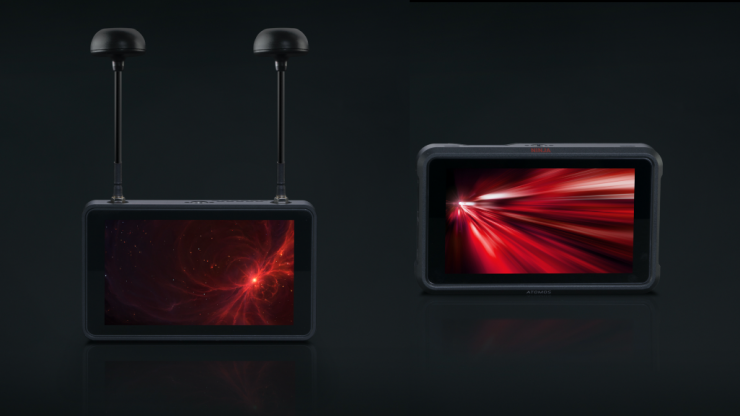 Now, the Ninja V+ is currently only capable of recording 8K up to 30p ProRes RAW when using the Canon EOS R5.

According to Atomos, this feature will be coming later in 2021. I have no idea whether this means in a few month’s time or towards the end of the year.

4K 120p recording in ProRes RAW will be possible with the Z CAM E2 and E2-M4 models. According to Atomos, you will be able to playback the high-frame rate video captured on the Ninja V+ with your choice of over cranked framerate for real-time preview.

As well as being able to record in various flavors of ProRes and ProRes RAW, the Ninja V+ will also be capable of recording 10-bit H.265 (HEVC).

As far as I can tell the Ninja V+ uses the exact same screen as the original Ninja V and will run the same AtomOS.

To support SDI users, Atomos is also introducing the Ninja V+ Pro Kit which comes with additional accessories and enables 4K 120p ProRes RAW recording from the SDI RAW output of the Sony FX9 and FX6.

You need to be aware that the FX9 requires the XDCA-FX9 Extension unit and both the FX6 and FX9 require the AtomX SDI module with RAW activation (or the Pro Kit).

The original Ninja V, launched in 2018, is Atomos’ most popular product and it now receives the ability to record in the H.265 (HEVC) codec. According to Atomos, the Ninja V will continue to receive updates for cameras and additional functionality via AtomX modules whilst remaining at the price of $595 USD.

Now, here’s the catch! Atomos will be adding these features through a $99 USD upgrade from my.atomos.com in May 2021.

Last, but not least, there is also the Atomos Ninja Stream, which offers simultaneous recordings of both ProRes and H.264/5 proxy with shared file names and timecode. It will also be capable of sending video feeds to other Ninja’s, smart devices, or web-based platforms simultaneously.

Video feeds are shared with others on set via Wi-Fi to devices and Ethernet 1Gbe at up to 300m. This allows you to livestream your content around the world without the need for a computer.

You can tune in to Atomos.com on Thursday 6th May for more information about Ninja Stream and more news from Atomos.

Above you can see that the Ninja V+ is going to cost you considerably more than the original Ninja V. In fact, it is a whopping $904 USD more. There is no indication yet of pricing for the Ninja Stream.

These are intriguing releases, but it will be interesting to see just what other cameras will be supported down the line and what the other features will be when combined with future Atomos products and upcoming AtomX modules.

If you are a Canon R5 owner then maybe you will be excited about the ability to record 8K RAW externally, but in saying that, with Canon’s latest firmware update you can already record 8K in Canon’s own RAW (Light).

H.265 support on all the models is interesting, but most cameras can already record in decent codecs on board, so the only real benefit is that you would get increased recording times by utilizing larger sized SSD drives.

The Atomos Stream is the most intriguing announcement, and it will be interesting to see how it actually works once more details are unveiled.

What are your thoughts on these announcements? Let us know in the comments section below.