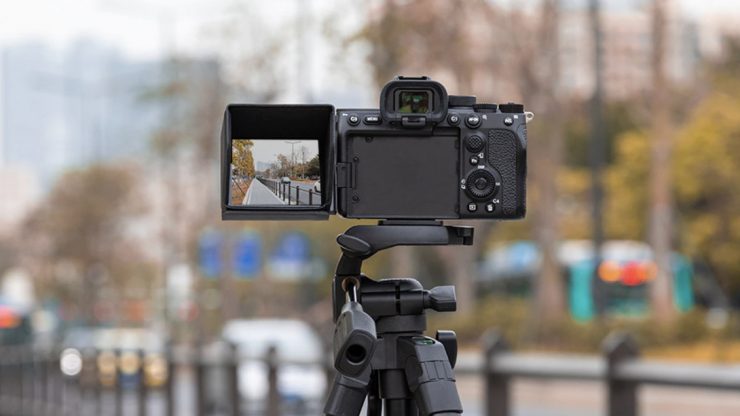 The SmallRig Sunhood for Sony a7S III, a7C, ZV-1, and FX3 was designed to make viewing your camera’s LCD screen a little easier when working outdoors in bright environments.

It features a four-sided hood design and the outer layer is made from what SmallRig is claiming to be durable, scratch-resistant, and sun-proof leather. The inner layer is made of microfiber cloth which is claimed to reduce light reflections.

You can fully articulate the screen with the sunhood on, with the only caveat being the fact that you can only use it when the LCD screen is flipped out.

The Sunhood is fastened to the camera’s LCD screen via a hook and loop. When not in use it can be folded flat for easy transport and storage.