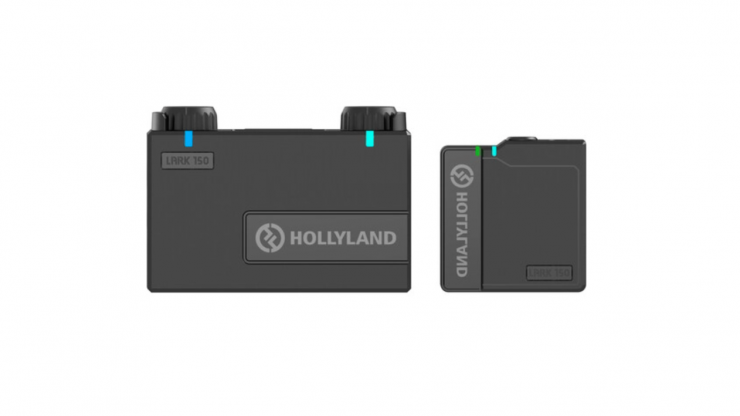 Hollyland has added a Solo Kit to the Lark 150 Wireless Microphone System.

The Lark 150 Solo Kit is a budget option that is being targeted specifically at bloggers and filmmakers who need to shoot themselves (not figuratively!). In addition, a single Lark 150 Transmitter is also available as an option so users can upgrade the Solo Kit to a dual system.

The Lark 150 Solo Kit package consists of a transmitter and receiver, a lavalier microphone, a TRS cable, a windshield, a USB Type-C to -A cable, and a portable storage case.

If you are not familiar with the Lark 150, it is Hollyland’s first digital wireless microphone system. It features a compact, clip-on design and it is suitable for such applications as YouTube presentations, commercials, and live streaming.

The LARK 150 features stereo and mono recording options and real-time audio monitoring. A ‘safety track’ prevents audio popping by recording in dual-channel. The range is claimed to be up to 100M and sub-5ms latency. response at up to 100m transmission distance.

The Lark 150 Solo Kit retails for $199 USD. The Solo Kit can easily be upgraded to a two-person kit at a later date.

The original Lark 150 duo kit with two microphone transmitters is also available at a spring promotional price of $279 USD.