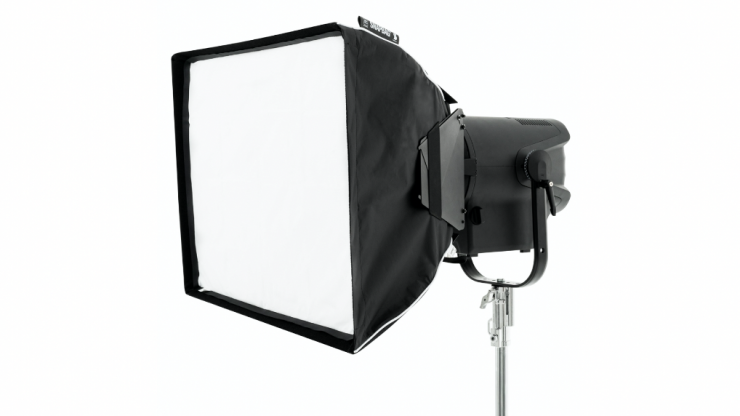 The Snapbag is made to mount exclusively to the Cameo F1, F2, and F4 Series. It comes packed flat in its own pouch and snaps up instantly in a one-piece rectangular accessory. It tips the scales at 1.3 kg / 2.87 pounds and attaches directly to Cameo Fresnels with hook and loop straps that fit around the barn doors.

Snapbags are able to even out the illumination thanks to the internal reflective fabric, then soften it in 2 ways: via an internal quarter grid baffle suspended within the interior; plus a removable half grid diffusion panel which hook-and-loops to the front of the Snapbag.

Accessories for the Cameo F-Series are currently available through Adam Hall Group https://www.cameolight.com/fseries. For more information you can visit www.dopchoice.com