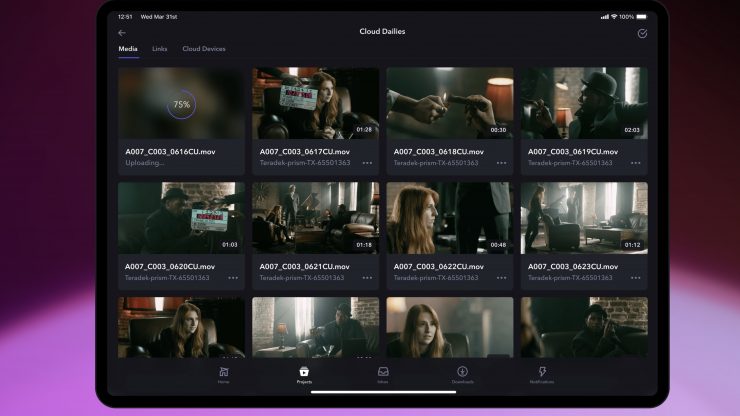 Frame.io Camera to Cloud (C2C) is now available to the general public, at no additional cost to all existing users.

Frame.io Camera to Cloud (C2C), is a secure cloud-based workflow that lets customers instantly upload and stream images from on-set cameras to creative post-production teams anywhere in the world.

The Camera to Cloud workflow requires a Frame.io C2C-certified device connected to compatible cameras from Arri, RED, and Panavision. Once authenticated, certified devices such as the Teradek CUBE 655 and Sound Devices 888 or Scorpio recorders record, encode, and send timecode-accurate H.264 proxy files with matching filename metadata directly to Frame.io via an encrypted and secure connection using LTE, 5G, or WiFi. This allows for near real-time delivery of editable proxy files to a producer, dailies facility, or editor anywhere in the world.

C2C features are included at no additional charge for customers with a paid Frame.io account. Flexible, new one- and three-month enterprise plans let production companies and studios purchase the service they need for the duration of their production.

Customers interested in renting Camera to Cloud gear can reach out to AbelCine, with facilities located in NYC, LA, and Chicago. www.abelcine.com

For users who want to purchase C2C hardware, Frame.io has partnered with B&H to create convenient and easy-to-purchase kits. www.bhphotovideo.com