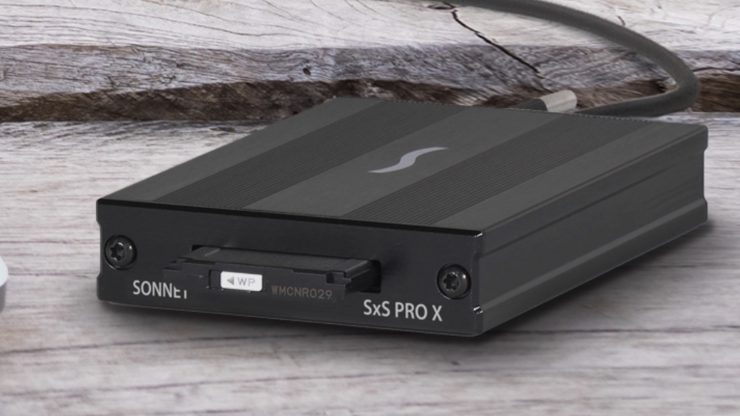 Sonnet has announced a Single-Slot Thunderbolt 3 Card Reader for SxS PRO X Media. This is a compact, bus-powered card reader that supports maximum ingest speeds from any SxS media.

If you are not familiar with SxS PRO X, it is the latest version of SxS memory cards developed by Sony. It is used in many past and current Sony and ARRI pro digital video cameras and camcorders.

SxS PRO X cards feature an upgraded interface (PCIe 3.0), that enables them to deliver nearly 3x faster read speeds compared to last-generation (PCIe 2.0) cards. The problem is, for the end-user to take advantage of these performance gains, a card reader with the new interface is also required. Not only can the Sonnet reader deliver maximum SxS PRO X ingest speeds of up to 1,250 MB/s, but it also supports every previous generation SxS card at the card’s maximum rated speed.

It comes with a detachable 0.5-meter-long Thunderbolt 3 cable, and you also get a Thunderbolt connector retainer clip that prevents accidental cable disconnections from the reader. The clip slides over one end of the cable and, by turning a thumbscrew, secures the plugged-in connector.