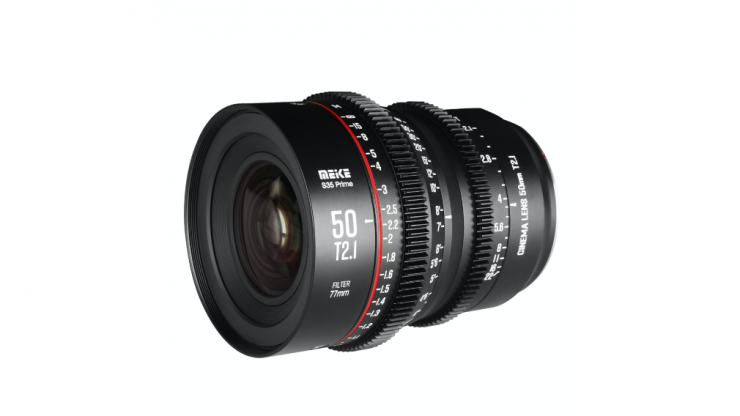 Meike has announced the S35 50mm T2.1. This is the second lens in the affordable S35 prime series and it joins the previously released S35 35mm T2.1.

Even though it is being touted as a lens that has been designed to be used on S35 sized sensors, the lens has an image circle coverage of 33.6mm which means it will actually cover quite a few full-frame sensor cameras when shooting in 4K DCI or UHD.

I reviewed the S35 35mm T2.1 on the site last year. That lens offered good performance in a relatively lightweight and affordable package

The optical construction of the lens consists of 12 elements in 10 groups. It also has 11 aperture blades.

The focus rotation of all of the S35 Meike lenses is 270 degrees.

Other Focal lengths are coming

Meike has other focal lengths coming. The 35mm and 50mm will eventually be joined by a 25mm, 75mm and an 18mm.