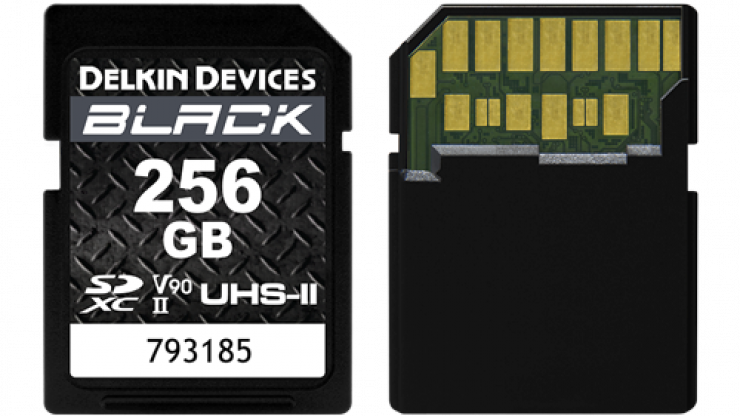 SD cards are the most popular media for cameras and audio devices and have been for years. The speed and capacity keep getting faster and larger, but the form factor hasn’t changed all that much. We can agree that they are not robust and somewhat fragile compared to CFast and other modern memory cards.

Delkin BLACK SD cards are built with no write-protect switch or plastic ribs that run in between the contacts on the back. The switch and those ribs are a common point of failure. Generally, if an SD card’s switch accidentally breaks off, the files already written to the card can still be accessed and copied off the card, though new data cannot be written to the card.
Broken or loose ribs can cause the card to not function correctly in cameras and devices, but if they were to break off inside of the device being used, they could be damaged.

Not only tough but backed by a lifetime warranty with a 48-hour replacement guarantee.

The Black SD Cards use a proprietary injection molding process. They are designed to be 3 times stronger than regular SD cards and withstand over 45 pounds of impact.
Delkin states the specialized casing material makes the card virtually unbreakable and superior in terms of reliability and ruggedness.
They are also dust, water, and shock-proof while withstanding temperatures ranging from -25°C to 85°C.