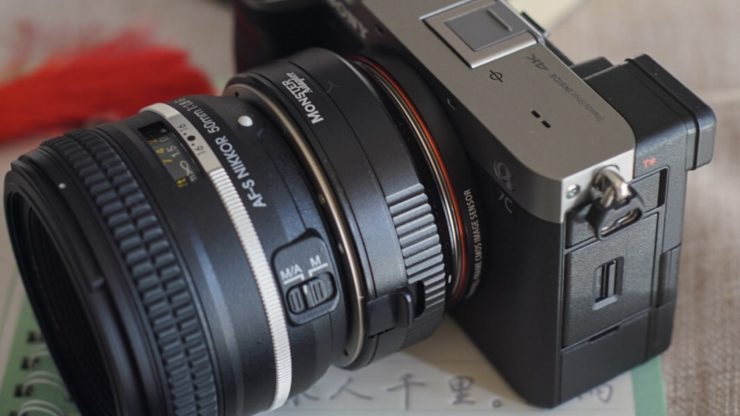 MonsterAdapter has announced the LA-FE1, which is an electronic adapter that allows you to use Nikon F Mount lenses on Sony E mount cameras.

The LA-FE1’s main purpose is so that you can take advantage of the autofocus capabilities of Nikon F mount lenses when used in conjunction with Sony E Mount cameras. According to MonsterAdapter, this includes being able to utilize hundreds of AF points across the frame, human/animal eye focus, real-time AF tracking, and AE in continuous shooting modes.

Like any third party electronic adapter, the autofocus performance you will get

The LA-FE1 is equipped with a high-speed aperture motor and can automatically recognize and support the electromagnetic and mechanic lever controlled aperture of Nikon F mount lenses.

The lenses’ VR can be activated by half-pressing down on the shutter button and it is also claimed to work well with Sony camera bodies’ that feature 5-axis in-body image stabilization.

The adapter is designed with a tripod mount that is detachable.

What cameras are supported?

There is no mention of if these adapters will work on cameras such as the Sony FX6 and FX9. I don’t see why they wouldn’t. UPDATE: According to one of our readers who got in contact with MonsterAdapter, these adapters do not support video AF.