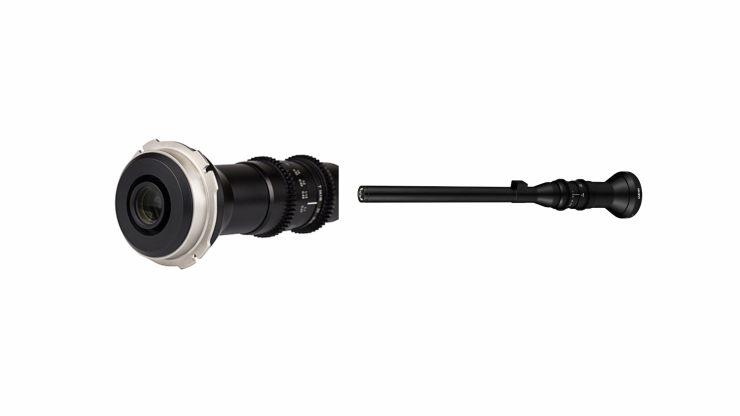 The Laowa 24mm f/14 2X Macro Probe is now available in a Sony FE Cine Version. Previously Laowa only had a cine version of the lens available in PL mount and Canon EF mount.

I reviewed the Laowa 24mm f/14 2X Macro Probe on the site back in 2018. The Laowa 24mm f/14 2x Macro Probe is the world’s first consumer-grade probe lens, and it really does allow you to capture some very creative shots. Unlike conventional macro lenses, the Laowa 24mm Probe lens can create a perspective that cannot be replicated with a conventional macro lens. Not only can it focus really close (2cm @ 2:1), which is perfect for showing a great amount of detail and texture, but it is also capable of creating a compelling wide angle ‘Bug Eye’ view (84.1°). This allows you to get a macro wide-angle perspective that is very different than you are used to seeing. For telephoto macro lenses, the subject will fill most of the frame and appear isolated from the surrounding environment instead.

The Cine versions of this lens feature standard focus and aperture gear rings, which makes the lens easier to use for video applications.

With the gear rings, you can attach a remote follow focus motor which makes it a lot easier to adjust focus when shooting with the lens. Touching the physical barrel with your hands can result in way too much lens shake and it often ends up ruining your shot.

For me personally, I think a PL mount version of this lens makes a lot more sense because you can then just use adapters to mount the lens onto just about any camera. As there is no electronic communication happening and the lens is completely manual, there is no real benefit to buying it in a native mount because it limits what cameras you can use it on. Of course, this is just my opinion.