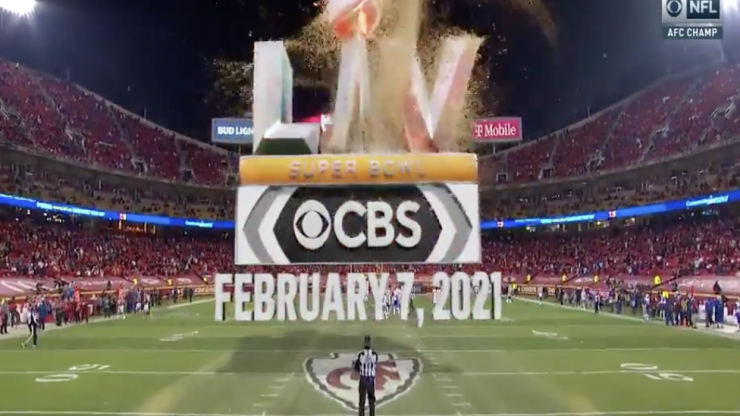 CBS Sports will utilize more than 120 cameras to cover Super bowl LV that will take place in Tampa, Florida on the 7th of February.

Below is a breakdown of some of the 120+ cameras that will be used:

You may have seen on some recent NFL playoff games, that CBS was using Sony VENICE cameras as part of the coverage. One of these was on a Stedicam and the other was on a Freefly Mōvi Pro. CBS will be utilizing two VENICE cameras again for Super Bowl LV.

Maybe CBS has been trying to one-up FOX who were using a Sony a7IV on a DJI RS2. I personally thought the shot from this camera was very distracting and it didn’t cut in well with the rest of the coverage.

Above you can see the touchdown celebration shot that was done with a VENICE and Stedicam.

The Super Bowl won’t be available to watch in 4K

Ironically, despite it being 2021 and CBS utilizing some 8K and 4K cameras the game will only be broadcast in HD.

This has prompted some backlash by viewers on social media, especially since last year’s Super Bowl that was on FOX was available in 4K.