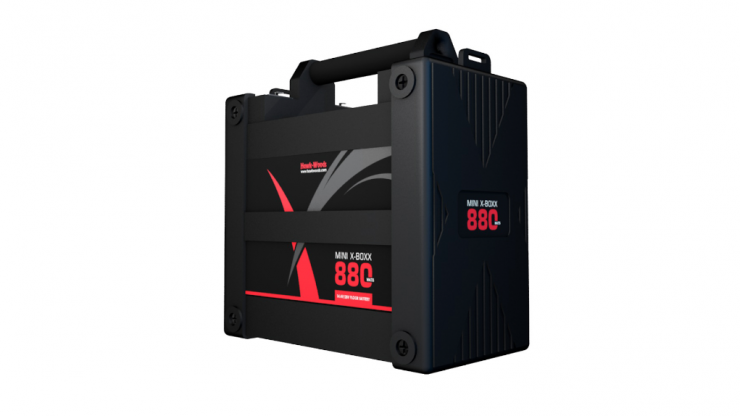 Hawk-Woods has a lot of experience making batteries for the television and film industry. In fact, their X-boxx range has been used by industry professionals for many years. With batteries continuing to get smaller and smaller, the Mini X-Boxx was a logical step for Hawk-Woods.

The X-Boxx mini features a new graphic display, that shows you the run time remaining and battery voltage. It also shows you the batteries charging status.

This battery has a built-in charger which is something you don’t usually see on a floor battery. If you prefer, you can also still charge the battery through one of the XLR4 connectors using one of Hawk-Woods X-Boxx chargers.

The Mini X-Boxx also has a solid carry handle plus an optional carry strap will be supplied. The box also boasts large rubber end caps to protect the battery.