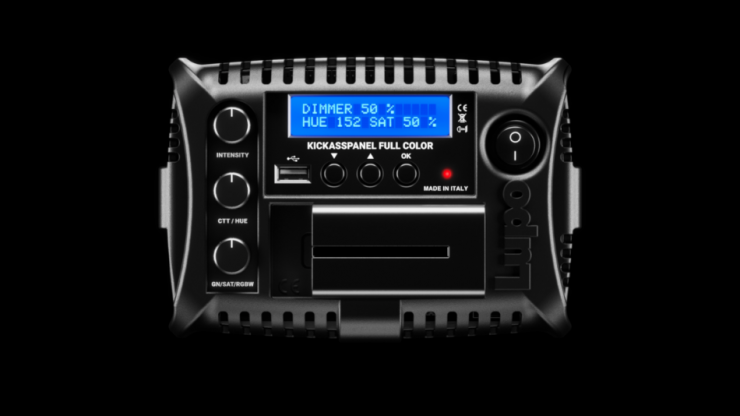 To show you how crazy the output is from the Lupo, as a comparison, the Aputure MC puts out 121 lx 11.3 (fc) at the same distance. Now, I currently have no information about what the beam angle of the Kickasspanel is.

This output is coming from a light that draws just 20W. No, that isn’t a typo. The Kickasspanel comes with a USB Type-C cable for the power supply but it can also be run from common NP-F type batteries or an AC power supply.

The Kickasspanel Full Color is Kelvin color adjustable from 2800K to 10,000K and it has HSI, RBWW, CCT, Filters and Effects modes.

Just like all of the Lupo lights, the Kickasspanel is made out of reinforced technopolymer which makes it robust but also keeps the weight down.

The light comes with the following items:

The Lupo Kickasspanel Full Color is now available to pre-order for $298 USD.