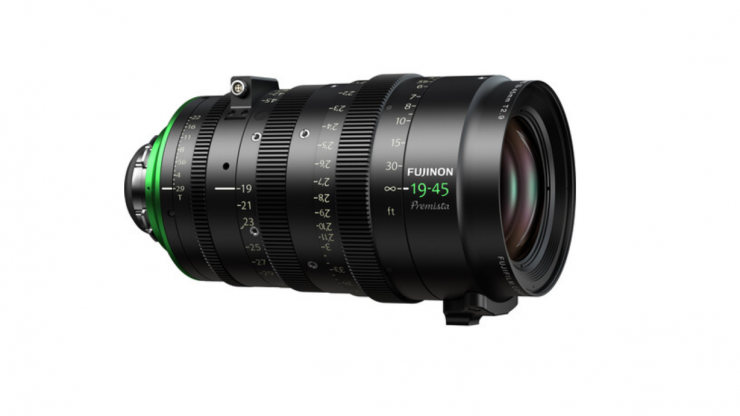 FUJIFILM has officially launched its new FUJINON Premista 19-45mm T2.9 wide-angle zoom. The lens will be released on the 28th January 2021 and it becomes the third model in the Premista Series of cinema zoom lenses.

The Premista 19-45mm has a constant T-stop of 2.9 across its 19mm to 45mm focal range. It features large-diameter aspherical lens elements and a unique zooming system. There is a 13-blade iris and FUJIFILM’s unique coating process is claimed to produce minimal ghosting and flaring.

According to FUJIFILM, the lens achieves an astonishing level of edge-to-edge sharpness. Additionally, distortion is effectively reduced even at the widest focal lengths.

The lens is 228mm long and it weighs 3.3kg. The lens is suitable for handheld shooting, Steadicam, or cranes. The Premista 19-45mm supports “ZEISS eXtended Data”, which can record metadata when shooting, thereby reducing video-editing workload in post-production.