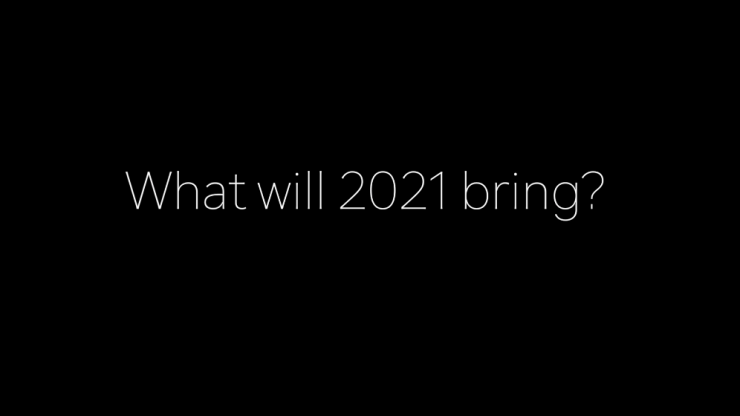 2020 was an interesting year, to say the least. COVID-19 has and continues to affect everyone’s daily lives no matter where you live or what you do.

It was surprising to see so many products being announced in 2020, especially cameras. I can’t remember a year where so many cameras were introduced by so many different manufacturers.

Now that 2020 is almost finally over, it is time to gaze into the crystal ball, read some tarot cards, and flip through the Mayan calendar to try and predict what will happen in 2021.

I am going to look at what camera companies may or may not do in 2021. Please bear in mind that I am simply spitballing here and trying to do my best Nostradamus impersonation.

Will we see an S35 native 4K sensor camera from ARRI in 2021? Originally this camera was scheduled to come out in 2020, but that was put on hold.

I still think we may well see this camera in 2021, but just what the form factor and price will be is anyone’s guess. Will it be a similar form factor to the ALEXA MINI or something completely different?

ARRI doesn’t have a native 4K S35 sized sensor and this means that they would have to come out with a brand new sensor for this camera. The ALEV III sensor or variations of that same sensor have been in every camera ARRI has released since the original ALEXA made its debut. Coming up with a new sensor that shares the same characteristics and better performance will not be an easy task.

Trying to predict what Blackmagic will do next is like trying to guess the lottery numbers. Who would have predicted that they would release a 12K camera last year, probably no one.

I think Blackmagic will continue to create an entire ecosystem of products from capture to delivery which they have successfully been doing for quite some time now. Resolve will continue to improve and they are sure to bring out more products that are relevant in this ever-changing world.

On the camera side, it is anyone’s guess. Something we haven’t seen yet from Blackmagic is full-frame cameras, so that is something to look out for in 2021. Will they bring out a new camera in a different form factor? Could it be similar to other box style designs that have become so popular, or will they do something completely different?

2020 was a big year for Canon, with the release of the C300 Mark III, the C70, and the R5 and R6. Their line-up, at least at the lower end, is pretty full. Perhaps a flagship 8K digital cinema camera is on the horizon to replace the sales disaster that was the C700. The trouble is, who is going to adopt or use that camera? The high end is dominated by ARRI, and only RED and Sony’s VENICE have offered up any real competition.

Whether or not we see a more video-centric version of an R5 with better cooling is unclear. That could make it too similar to a C70. I don’t think we will see a C200 or C100 replacement, that ship has sailed.

Canon will probably surprise us and bring out some sort of more affordable hybrid cine lenses that utilize AF.

Fujifilm has been making quite a few video-centric hybrid mirrorless cameras over the last few years, but when will they bring out their own digital cinema camera? They certainly have the ability to do it, but the bigger question is, do they want to? If they were to make a digital cinema camera it is unlikely to be over $10,000 USD and that means it would ultimately face stiff competition from so many other currently available cameras. Just what they could possibly do to make it stand out in a crowded market would be interesting to see.

They could also swing for the fences and bring out a medium format digital cinema camera that uses the sensor from the GFX 100. This would not be cheap and it would probably be too niche to develop and get any ROI.

Kinefinity announced the MAVO EDGE 8K camera in 2020, but it is yet to ship. Kinefinity faces intense competition from companies like Z CAM, as well as the usual Japanese suspects. While 8K sounded great at the time of this announcement, we subsequently saw 8K cameras from Canon, Z CAM, and a 12K camera from Blackmagic being released.

On paper the MAVO EDGE 8K looks really good and it will be interesting to see how it performs in the real world.

I think Kinefinity needs to go back to its roots and develop another ower cost camera that offers features and functionality that its competition doesn’t have.

Panasonic was pretty quiet in 2020. Apart from releasing the S5 and BGH1, they were very quiet on the video side of things. The EVA1 is well overdue for an update, as is the Varicam LT. The trouble is any EVA1 or Varicam LT replacement would be seriously late to the party. Maybe a full-frame EVA2 at an affordable price could shake things up, however, what edge would it have over other available options. The EVA1 had good internal recording capabilities, but now just about every camera has good internal camera capabilities. A Panasonic camera isn’t going to win you over with great video AF, there won’t be an electronic variable ND, and what happens if they make it with an L mount?

A Varicam LT replacement would have to be priced around $10K and under to have any chance of succeeding, but again, what could Panasonic possibly do that would make that camera more appealing than a Sony FX9 or Canon C300 Mark III, or C500 Mark II?

My best prediction for Panasonic in 2021 is that we finally see a GH6. The GH5 series was extremely popular with video shooters and with almost no one doing M4/3 anymore, there is still a reasonably sized market for the GH6.

RED had a slight change of direction in 2020. Their big push was with KOMODO, which is the first truly affordable RED camera. Maybe REDs new strategy is to pivot towards the more affordable market, or perhaps they are just trying to fund other camera development by raising capital through selling a camera that will ship in a lot larger numbers than any other RED camera.

Just what RED does in 2021 will be interesting to see. Will we see more affordable products, or will they once again concentrate on higher-end digital cinema cameras?

Sony had a pretty busy 2020 with the release of the FX6 and the long-awaited a7S III. At the higher end, the VENICE is still proving to be fairly popular.

So where do they go from here? That is a good question. Will there be an F5 or F55 replacement? I doubt it. I just don’t see where they would fit in. The $15-30K USD digital cinema camera market has all but evaporated. What could Sony possibly do to differentiate an F5/F55 replacement from an FX9 or VENICE? Maybe they could come up with a more shoulder based ENG/EFP solution with a form factor that more closely resembles those type of cameras.

It will be interesting to see what Z CAM does in 2021. They already have a pretty crowded line-up of cameras.

I think 2021 will be a quieter year for camera releases. With so many cameras having been announced in 2020, there isn’t a lot of space left in some of the camera companies line ups for new additions.

While the push for larger sized sensors and higher resolution is bound to continue we seem to have reached a plateau when it comes to dynamic range. All the available cameras on the market today are capable of producing great results, so where do we go next?

What do you hope to see from the major camera manufacturers in 2021? We would love to hear your thoughts in the comment section below.