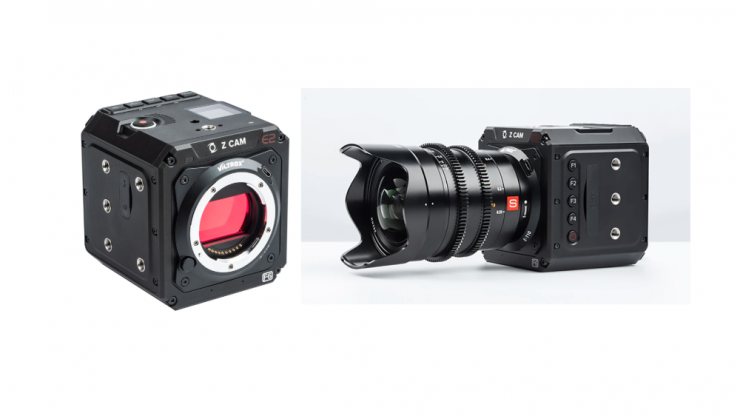 Viltrox has a new mounting adapter that allows you to use Sony E-mount lenses on any Z CAM E2 series camera.

The mounting adapter screws onto the front of Z CAM E2 series cameras to create a native Sony E-mount solution.

Above you can see the steps you need to do to attach the mounting adapter to a Z CAM E2 series camera.

There is full electronic support so that EXIF info. transmission and aperture adjustment is possible. It is unclear whether or not Sony E-mount lenses with OIS are supported.

What you clearly need to remember with solutions like this is that you lose auto focus capabilities.

The mounting adapter utilizes a brass metal bayonet. It weighs in at 63.4g.

The adapter mount also features a USB port so it can firmware updated to support lenses that have not come to market yet.

The mounting adapter works with the following Z CAM cameras:

The Viltrox Sony E-mount to Z CAM E2 Series Mount Adapter retails for $199 USD and it is now available to purchase.