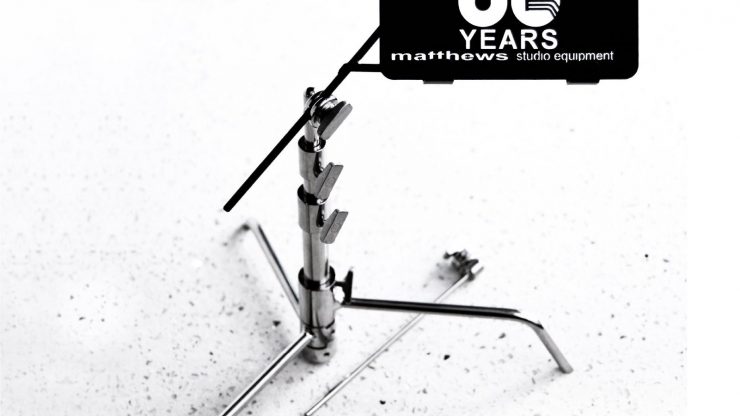 Matthews is celebrating its 50 year anniversary with a cute Miniature C-Stand that pays tribute to its historical past. The tiny C-stands are handcrafted in MSE’s California headquarters. It is a working replica of co-founder Ed Phillips’ hallmark folding-base, 40” Century Stand invented in 1974.

The Matthews C-stand is an industry staple that became the most universally used tool on sets worldwide. Initially made with welded and cast parts, today Matthews full-size C-Stands now offer machined and welded legs for enhanced strength and reliability.

Made of these same materials, the authentic miniature Matthews Minature C-Stand is a nostalgic and practical desktop phone caddy or will just look cools as hell on your desk.

These little c-stands are not inexpensive at $99 plus shipping, and, yes, I bought one. I am truly a sucker for nostalgia.