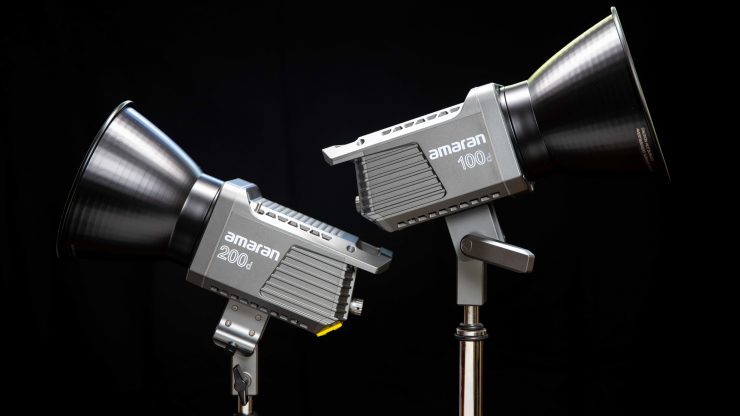 The two new fixtures are budget-friendly. To be more affordable, Aputure had to make some design changes. The Light Storm models have an all-metal construction. The body of the Amaran is polycarbonate with other parts made of metal that require more strength.

The lights include a Reflector but don’t come with a case, remote, or battery-powered option. They can be powered with that a 48V DC battery source, but not with a standard ENG battery.

The lights have eight built-in customizable effects, an umbrella mount, and a Bowens reflector mount. Since no remote is included, you can use the free Sidus Link to change the output and use the effects. Both lights are 5600K and CRI/TLCI rating of 95/96 that is rated by Aputure.

The Amaran 100d and 200d are fully compatible with Aputure light modifiers.

I have both lights in-house and will release my full review on January 7th. I will say so far I’m impressed, but they aren’t perfect. 😀