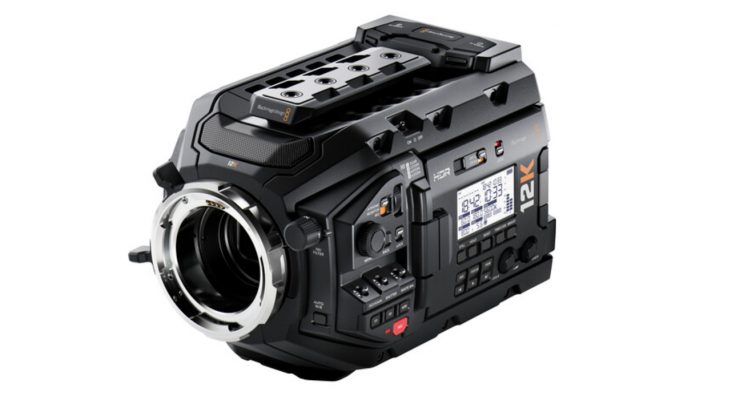 The recent announcements of some very high-resolution cameras have prompted fierce discussions on the nature of resolution. Sensor patterns, interpolation, compression, and many other factors all play into our understanding of resolution far beyond the simple count of photosites that usually marks the beginning and the end of the conversation about a camera’s resolution.

The concept of perceived resolution has been explored by Steve Yedlin ASC in his highly regarded two-part Resolution Demo videos http://www.yedlin.net/ResDemo/index.html  and if you haven’t already watched these, it is well worth watching them because they perfectly set the scene starting to understand resolution better.

There is though, another factor which is yet even more significant in how we actually see differences in resolution, and that is hardly ever discussed…

Human perception of resolution is logarithmic rather than linear.

You may want to take a moment to let that sink in.

Most of our perception of the world is logarithmic rather than linear.  According to Fechner’s Law, our perception of brightness is Log rather than Lin and most of us who work with lights, lenses or lift, gamma and gain have at least an intuitive understanding of this in practice. On set, a full stop of exposure change in the lighting is much more subtle to the human eye than it is to the camera unless we are monitoring an uncorrected LOG image (without a LUT). This is why it takes many years of practice to be able to recognize with the naked eye, the kinds of differences in light level that are significant to the image sensor or film stock. The late, great Conrad Hall ASC was famous for having mastered this to an extent that few others have managed.

Of course, 2020 and the global pandemic have caused us to spend more time considering the effects of exponential growth on a logarithmic scale.

Not only our perception but much of the natural world functions on a logarithmic scale and not only our visual perception but our perception of loudness, weight and many other experiences are some version of a logarithmic response. So it should not come as a surprise that our perception of sharpness and detail is also logarithmic but that doesn’t make for very dramatic press releases or specifications, so of course, there has been no incentive for the manufacturers or standards organizations to divert us from our linear expectations of resolution increases and no one wants to be the one to ask if the Emperor is wearing any clothes.

We intuitively expect 4K to look twice as sharp as 2K and yet while most people can see the difference, it is rarely as dramatic as people expect. But on a Log scale, we get a much more realistic idea of how much increase to expect.

These two graphs are based on the same source data of the horizontal resolution of the TV and Digital cinema resolutions from SD to 32K. The linear graph on the left reflects the normal expectation of increases in resolution with dramatic and dramatically increasing differences. The Log graph on the right shows the much more subtle changes that more realistically reflect what we actually see. All other things being equal, the log graph shows how we should expect resolution increases to be perceived by audiences.

It’s not that audiences can’t see the difference but that on top of all of the factors that were identified in the Yedlin demo, human audiences aren’t that good at seeing the individual steps. The difference between 2K and 4K is visible but it is a fraction of the doubling that a linear expectation suggests.

Many times I’ve heard cinematographers and post people talk about HD or 2K to 4K as not like the jump from SD to HD. The logarithmic perception does not seem to fully account for the big leap that we saw when HD came along. However, there was more to this leap than a straight resolution increase. Two other major things happened in the same process which had a very big impact on our perception of the difference. The first is the switch from squeezed pixel widescreen to square pixel widescreen. This alone equates to an extra 33% increase in resolution horizontally.  On top of this was the change from Interlace to Progressive scan. While this swapped temporal resolution for spatial resolution, it was a 100% increase in the vertical pixel count for every moment in time. Together these additional factors mean that the jump was more like three to four times the visible resolution than double. This has also served to enhance the unrealistic baseline of our expectations for future resolution increases on top of the linear expectations and logarithmic experience.

So, does resolution even matter? Well, yes it does.  It just matters on a different scale to what we thought and this also means that the other influences on our perception of sharpness and detail such as those demonstrated by Yedlin are all the more significant.

As cameras now start to push beyond 8K, we have the potential to see some significant gains in perceptual resolution. So for all the people saying “who needs 8K or 9K or 12K?” the answer is that these are not the crazy increases they sound like but rather a logical, incremental continuation of where we have been going. When we get to 20K cameras, it is likely that they will look twice as sharp as 2K to most people.

Of course, there are other advantages of higher resolution cameras, like being able to zoom in for reframing or stabilization. But it is worth bearing in mind that if this works (which it usually does) then it undermines some of the argument that the higher resolution is that noticeable under normal circumstances because otherwise, these zoomed images would not intercut so well.

All things being equal, more pixels are better than less pixels. But of course, all things are rarely equal in an image-making chain.  The resolution and contrast of the lens, the compression system used, the way the images are processed in post-production, how and where they are displayed, and not least the artistic intent all have very big impacts on whether the image is of a satisfying quality for the audience or not.

In this grand scheme of things the photosite count of the camera is one of many contributing factors and as long as we don’t expect it alone to create a linear “wow” in proportion to the big numbers, we can make choosing the resolution and camera a very effective element of the creative and technical choices on a project. High resolution is great, just not the be-all and end-all. Until we get those 20K cameras, we’re all still playing in a range of fractional improvements over 2K and HD, and in that range, good lighting, for example, will always create a more significant improvement in the perceived picture quality than a few more pixels.