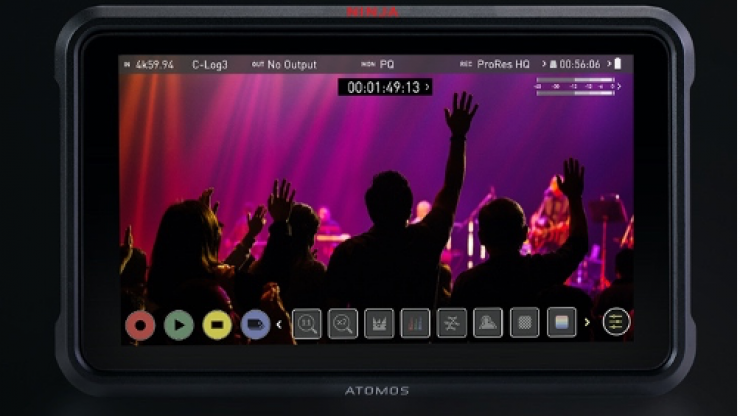 That means the Ninja V will be close to $100 USD off its regular price, while the Shogun 7 will be $300 USD cheaper than usual.

These Black Friday deals will be available from selected Atomos Authorised dealers around the world, from Friday 27th November until Monday 30th November 2020. Supply is limited to promotional stocks.

The Ninja V has undoubtedly been Atomos’ most successful product. It can record up to 4K 60P over HDMI 2.0 (or SDI through the optional AtomX module) in a range of codecs including Apple ProRes and Avid DNxHR. With so many cameras now being able to output RAW over HDMI, the Ninja V has gained further popularity.

The Shogun 7 can record up to 5.7K Apple ProRes RAW or 4K Apple ProRes directly to SSD drives. It can even shoot RAW at frame rates up to HDp240 with certain cameras.

It can also do asynchronous, multicamera switching, and it has the ability to record in a range of other codecs.

The Shogun 7 can also record ProRes RAW in 4K DCI up to 60P from the newly announced Sony FX6.