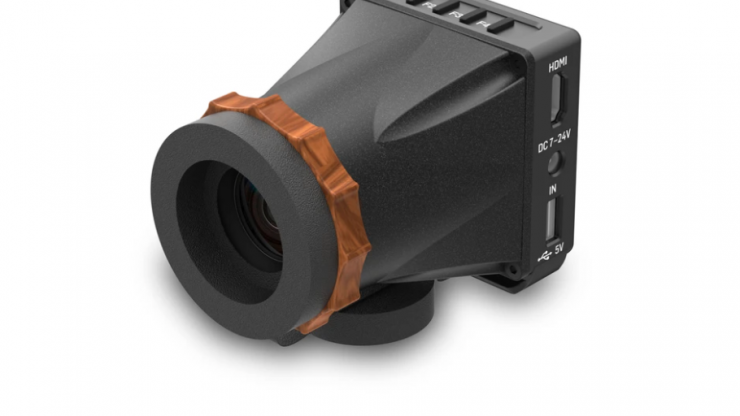 There are simple controls on the top and the left-hand side of the LEYE and a power button on the back. Along with menu buttons, there are four function buttons that you can assign features to.

It is a little strange that the power and HDMI inputs are on the right-hand side and not the left-hand side of the EVF. This is something to keep in mind if you were looking at using this with a mirrorless hybrid.

The rear casing of the EVF is made out of metal and it features a Nato rail with three 1/4 20″ threaded holes.

It can accept signals of up to 4K 30p over HDMI.

The LEYE doesn’t feature any in-built battery or even a battery plate. The only way to power it is via the DC 7~24V input or through the 5V USB input. PortKeys does give you a D-Tap to DC input cable so you can power the LEYE. The LEYE only draws 3W of power.

It is firmware upgradable through the USB (Type A) port.

This is not PortKeys first EVF. They already have the much more expensive OEYE-3G Electronic Viewfinder ($1,169 USD). That EVF has a resolution of 1920×1080 and it has 3G-SDI and HDMI inputs and outputs.

The PortKeys LEYE is now available for $399 USD.

What do you think of the PortKeys LEYE? Would you purchase one? Let us know in the comments section below.