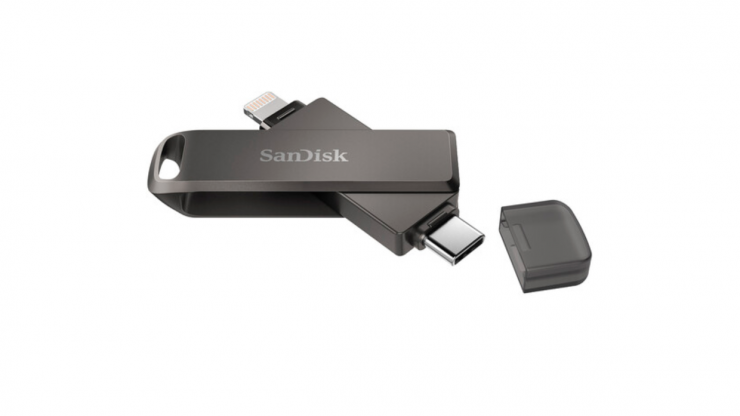 The SanDisk Ixpand Luxe GL Flash Drives feature both a Lightning and a USB-C connector which makes them compatible with the latest Apple devices.

Having dual connectors makes it easy to transfer files between multiple Apple devices.

The flash drives come in a protective housing and they utilize a rotating design so you simply just flip them around to use the connector you want.

The SanDisk Ixpand Luxe GL Flash Drives will be shipping shortly for the following prices: