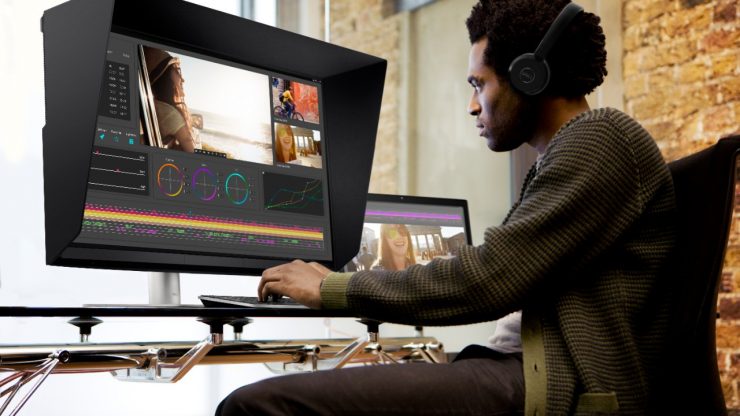 Dell is claiming that the UltraSharp 32″ HDR PremierColor Monitor is the world’s first professional monitor with 2K mini LED direct backlit dimming zones. According to Dell, the individually controlled backlight zones on the monitor provide contrast with deep blacks and bright whites.

It is being squarely aimed at creative professionals where color accuracy is paramount. Dell is also claiming that the UltraSharp 32″ has the widest DCI-P3 color coverage in a professional monitor at 99.8%. It is a true 10-bit display.

It is also being touted as the world’s first 31.5-inch professional monitor with a built-in Calman Powered colorimeter which allows the monitor to do
its own scheduled calibration with or without having a computer attached.

The monitor also has a mode called Picture-by-Picture (PBP) that allows users to hook up two separate computers so you can display content from both simultaneously. You can even work on different color space for each input source.

As far as inputs are concerned it has:

The monitor comes with:

An alternative to the Apple Pro Display XDR?

The Apple Pro Display XDR comes in at a similar price, but it does have a lot higher resolution (6016 x 3384) than the Dell. However, it doesn’t come with a stand or self-calibration.