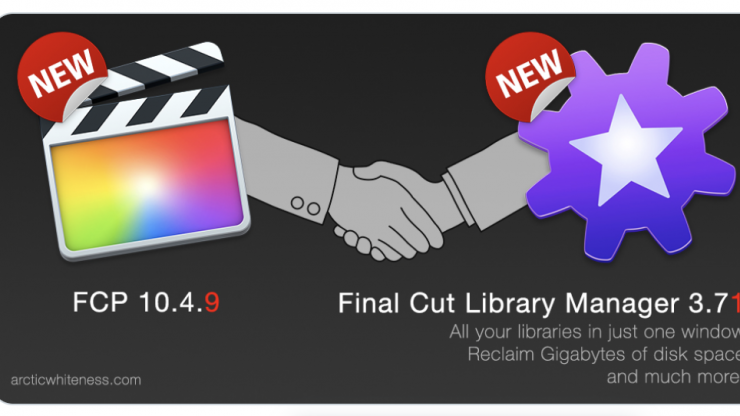 If you are a FCPX user, Arctic Whiteness has released Final Cut Library Manager 3.71.

If you are not familiar with Final Cut Library Manager it is a clever piece of software that lets you see all of the Final Cut Pro X libraries that it finds on your Spotlight-indexed drives.

You can look into your libraries without having to open Final Cut Pro. Events and projects are displayed, along with lots of other useful information. Final Cut Library Manager also gives you detailed information on used and recoverable disk space.

You can find out which external disks you need to reconnect to have access to your libraries. This is handy when you want to quickly find missing libraries. If you have chosen to keep your media and caches outside of your library assets then the program allows you to see where they’re stored and which disk to reconnect to get them back online.

There is a ton of other features that Final Cut Library Manager is capable of, but I won(t list them all. If you want more information about what it can do head over to their website.

What does it cost?

Final Cut Library Manager is available in a few versions, and the features you get depends on how much you pay. The basic version is free.

Above you can see what versions are available and how much they cost.