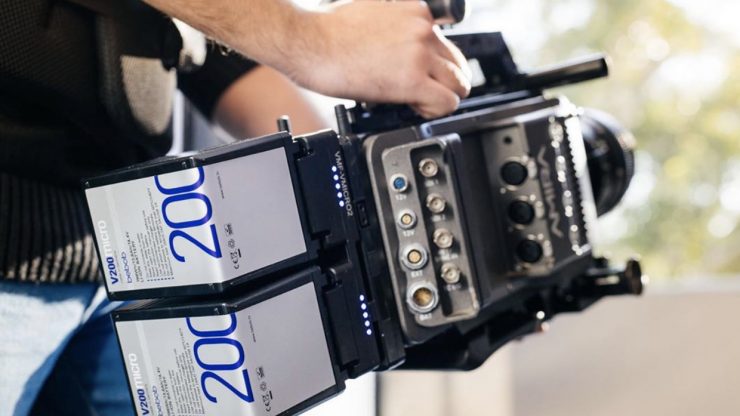 Previously these batteries were only available in capacities of 43Wh, 98Wh, and 147Wh.

The batteries feature an integrated LED flashlight that can be activated at the touch of a button to light up dark settings. The rainproof “Twist D-Tap” output allows you to plug a D-Tap connector into the battery with free choice of cable trailing from the left or right. To power accessories, atop each Vmicro and Amicro is a USB port (5.0 V; max. 1.0 A) with a sliding cover to keep the elements out.

On the side of each battery there is a five-step, colored LED power remaining indicator (100% – 80% – 60% – 40% – 20%) that monitors battery life. They also conveniently support through-the-finder power data protocol from ARRI, RED, and Sony cameras. Below the power gauge is a push-button to wake-up the battery, check the power status, or to activate the built-in LED flashlight.

The batteries are engineered and handcrafted in Germany. All bebob batteries feature rugged composite housings.

Another unique bebob feature: The cells of all bebob batteries can be exchanged and re-celled, once their capacity becomes insufficient after years of use.

For charging, bebob has their our own range of micro chargers, including 1-, 2-, 4- and 8-channel simultaneous Chargers, as well as numerous Battery Plates, Power Bars, and Adapters. Optional Hot-Swap Adapters provide uninterrupted power through battery changes.