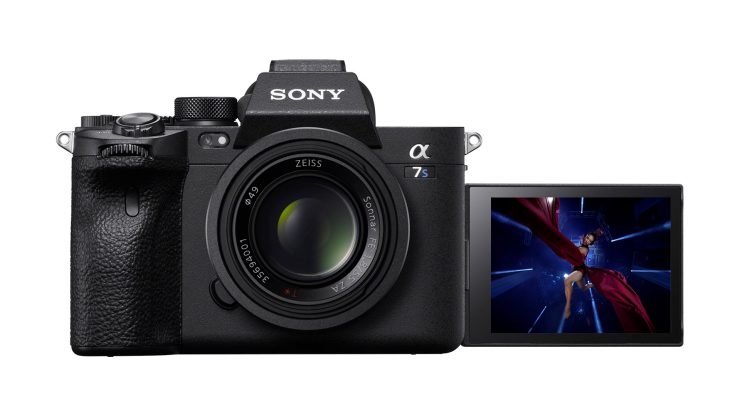 The Sony Alpha 7S III has landed. It’s been five years since the introduction of the A7s and for some time we thought maybe there wouldn’t be an a7s III. Today Sony introduced an even more video-centric upgrade to the lineup. Sony is marketing the a7s III as a video camera in a stills camera body with many improvements to make it a workhorse for video production. One of the big ones is the camera doesn’t have a record limit in any resolution and can record in 10-bit 4:2:2 in all resolutions and frame rates. The new camera is designed to not overheat while capturing 4K 60p like another recent camera release that is having a lot of issues.

All New On The Inside

While the camera body looks very similar on the outside the insides are all new including, wait for it…. A brand new menu system with individual menus for video and stills. This might be one of the most requested updates on alpha cameras.

Designed to not Overheat

As I mentioned earlier Sony claims the new a7s III will not overheat in all shooting modes due to the new passive cooling design of the a7s III. The internal layout is purpose-built to cool the camera.

The new sensor has full pixel readout for video and no crop in all shooting modes including 120 fps 4K 60p.

The new 12M pixel sensor is a back-illuminated type sensor that Sony claims delivers 15 stops of dynamic range when shooting with Slog3. The large pixels like the former models the a7s III will deliver very good high ISO performance with a range from 80-102,400 on standard and 40-409,600 in extended mode.

The BONZ XR processor has 8x more processing power than the previous BIONZ X and has 2X faster readout speed as well. With all this new power it will improve autofocus, high frame rate shooting, significantly reduces rolling shutter, improves EVF Live View, and allows for higher write speeds. That’s a lot of pluses from the new processor.

If you don’t want to shoot full-frame due to your excellent collection of S35 and APS-C lenses you have a cropped S35 mode as well.

The official specification for recording video is 1-hour of 4K 60p. Sony states this isnt the limit just a battery limitation. They stated that it runs longer with external power with no overheating. The only limit is battery and media.

Yes, it has an Articulating Screen

Seems they are listening to what people want and the flip-out screen seems to rise to the top with hybrid cameras. Unlike the EOS R5, the inputs will get in the way so you will need to turn the screen first then flip it for selfie shooting. A small price to pay.

The Autofocus is much-improved with 759 Phase Detection AF Points with 92% coverage. Sony states all the AF functions work in all video frame rates and resolutions without compromise. Realtime tracking, eye AF and touch focus with tracking is included.

Sony states the a7s III has the world’s first 9.44 million dots of resolution EVF with 0.90 magnification and a 41-degree field of view 25mm high eye-point. Sony states the new EVF reveals optical viewfinders. Due to the large field of view, the user can change it in the settings for a higher eyepoint.

The camera has two dual-purpose media card slots for either an SD card or the new fast and compact CFexpress Type A card. Only one card will fit in each slot at a time. You can set each slot for simultaneous, relay, or sort recording. Sony states you can record 4K 120 to two cards at the same time. Impressive.

Both slots are the same speed so using the new CFexpress Type A won’t give you better performance but does utilizes the new media that will probably be more widely used in future cameras.

CFexpress Type A memory cards and card reader will be available in September 2020. See below for suggested retail pricing:

The A7s III is the first camera to use the new CFexpress type A media. The cards have an internal heatsink to keep them cool. 800 read, 700 write speed

You have options for slow-motion capture. Either a native 120 fps file with the audio or as an HFR video that bakes the 120 video in the playback frame rate you choose such as 24p or 30fps. This might be the best implementation of high frame rate shooting on a mirrorless camera as you have a high bit rate and 10-bit 4:2:2 as an option. When recording in high frame rates all the autofocus capabilities are available including touch to focus.

The menu tabs are now on the left side instead of across the top. This makes it much easier and faster to see the settings that are available when a function is selected.

Another HUGE upgrade is the video menu is now separate from the photography settings making it so much faster to get to the settings you need when you are that mode. You have to be in the video mode to access video menu settings and vice versa for stills.

Another first is the Alpha 7S III can record 16-bit RAW (12G SDI equivalent) via the full-size HDMI port. 16 bit Raw is nuts and what be even crazier is no external recorder on the market can handle 16-bit Raw. We will have to see if Atomos can figure out a way to utilize the 16-bit Raw signal or possibly Sony will have an external recording solution up their sleeve.

If you are using an external recorder, the a7s III can record simultaneously to the internal media.

Atomos has announced that the Alpha 7S III will be able to record ProRes Raw over HDMI with the Ninja V in September with a firmware update.

First introduced in the RX camera the electronic IS will work in conjunction with IBIS to give the best possible image stabilization. The camera uses a 3840 x 2160 area of the sensor to achieve the IS without interpolation. Basically this should yield a very good performance while walking and recording.

This is an impressive move in the era of more K’s. Sony took the path of stability and performance with UHD or 4K recording instead of going for resolution like 8K. I applaud this. Most users don’t need 8K right now. Maybe in the near future but today it’s going to be hard to justify the media and storage cost unless you deliver in 4K or 8K it seems like overkill.

These cameras have a relatively short cycle these days. Back in the day, a camera would last 5 years before an update came out. It’s more like two now and Sony was a big offender releasing new models almost every year. I think this bold move sold a lot of Sony lenses and that made leaving a format harder. We all know lenses last longer than bodies do.

Focusing on giving you the best possible image quality in 4K with 10 bit 4:2:2 and Raw out of a full-size HDMI connector will make a lot of pros and Atomos very happy. It’s an easy sell for current Sony cinema camera owners since the color science will match, or at least Sony states it will match the Venice and FX9 cinema cameras. I haven’t graded a hybrid camera yet that actually matched their cinema cameras perfectly so we will have to see if this rings true.

The current pricing isn’t that out of line at $3500, but it will make the enthusiast think twice, and Sony knows this since they also have several other options to choose from. Personally I think the a7 III is one of the best cameras Sony has. I loved mine and regret selling it sometimes. I will say I’m not a fan of Sony lenses. I’ve had issues with a couple of them and the focus by wire is not my favorite. I understand lenses are built to work best for autofocus so there is a trade-off here and with the new Alpha 7S III autofocus is a big upgrade. It’s refreshing to see a camera that is designed to one thing really well with the least amount of limitations. If the a7s III delivers on its promises then it will be a winner. I personally can’t wait to get my hands on one if only to not be cursing out loud when scrolling the menu.