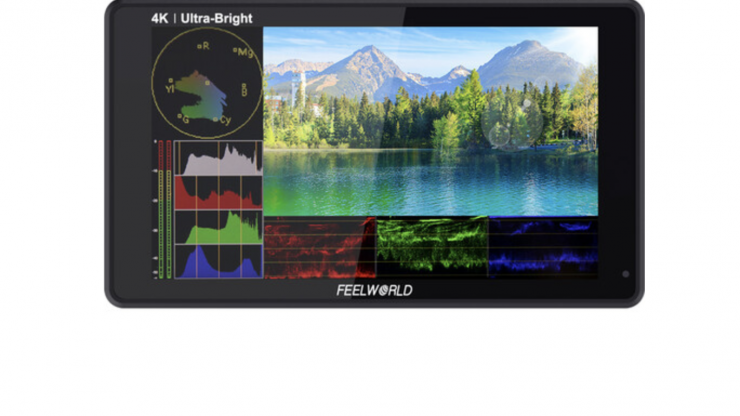 Freeworld already has a large range of affordable on-camera monitors that are available in a variety of sizes. However, this is one of their first affordable monitors to feature SDI In and Out as well as HDMI In and Out.

Feelworld is claiming that the LUT6S is an HDR capable panel. Strangely though it only supports ITU standards and HD video Rec.709 standard color spaces and not Rec.2020.

We have seen plenty of high bright displays come to market in recent years, and I have found some of them to be a lot better than others.

A 6″ panel is also a little unusual, with most monitors either being 5″ or 7.

The Feelworld OS can be accessed through the touchscreen operation, or via physical buttons.

The LUT6S, as its name implies, allows you to load up your own 3D LUTs or you can use the built-in LOG to Rec.709 LUTS.

You can load internally up to 50 custom LUTs via the SD Card ( Support for FAT32 and NTFS).

The monitor has both 3G-SDI In and Out, as well as an HDMI In and Out. You can loop thru outputs, so you can display live video on external screens or with embedded audio. You can also monitor audio using the 3.5mm stereo headphone jack.

In a nice touch there is a DC out so you can power a smaller mirrorless or DSLR camera from the monitor. However, this does require the use of an optional dummy battery and that will mean you need to keep the battery door open, which isn’t always an option if you have the camera in a cage.

There are two mounting points, one on the bottom of the monitor and one on the right-hand side. The 1⁄4-inch hole on the right side can be mounted to your camera using the included Tilt Arm.

The LUT6S should be available soon for $389 USD.