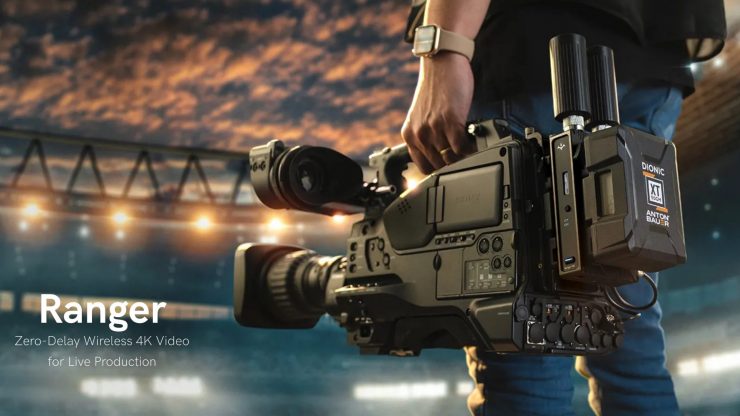 Teradek has announced Ranger, which is being touted as the world’s first zero-delay (< 1 ms) wireless video system to transmit uncompressed 4K HDR video up to 5,000 ft. (1,524m) line of sight.

With outside broadcast acquisition already heavily investing in 4K, there will be a growing need for sending 4K video over a large distance. This is where Ranger comes in.

Ranger is being directly targeted at the broadcast market, although there is no reason why you couldn’t use it for other forms of production.

Ranger can work reliably in challenging RF conditions and it has a wide operating range from 4.9 GHz to 6.0 GHz. Ranger utilizes Teradek’s patented Joint Source Channel Coding (JSCC) technology, which features MIMO and OFDM. This enables it to transmit uncompressed 10-bit, 4:2:2 video with less than 1 millisecond of delay.

As far as protecting your images, Ranger uses AES-256 encryption and RSA 1024 key pairing. Combined, these two technologies ensure nobody can decrypt your wireless feed or connect another receiver to your system without explicit authorization.

Ranger is designed to be used between a camera body and the battery. You can choose between V-Mount or AB Gold Mount plates.

Teradek also allows you to wirelessly control Ranger’s workflow from the palm of your hand with the Launchpad app for iOS and Android. With the app you can pair transmitters and receivers, monitor channel interference, set operating frequencies, and control your cameras directly from the app.

What is the difference between Ranger and Bolt?

Ranger and Bolt utilize the same underlying zero delay technology, however, Ranger provides a number of enhancements for live productions: