Creamsource has just announced the all-new Vortex lighting system with its flagship product, the Vortex8. The Vortex8 is a 650W high power 2×1 RGBW system with CCT ranging from 2200K to 15000K.

The Vortex8 has been crafted to produce a narrow beam angle and high light output while its color science is claimed to enable real-to-life reproduction of skin tones and colors.

The fixture features calibrated red, green, blue, and white LEDs (RGBW) which allows it to produce white light in any CCT from 2200K to 15000K. Yes, you read that right, 15000K. It also has green/magenta adjustment and it can produce vivid, saturated colors.

It can be used as a hard punch light to bounce or push through diffusion, or as a soft light with the Creamsource Dome or DoP Choice Snapbag.

In its default configuration, the Vortex8 has a 20-degree beam angle. This angle can be adjusted by placing Holographic Lenses in one of the two filter rails. You can also use the included Creamsource Dome and that will spread the light out to around 130 degrees.

This is the same flexibility that is offered on the Creamsource Micro Colour that I have previously reviewed on the site.

The Vortex8 panel design allows you to go quickly from a punchy source to soft light, allowing users to bring the fixture closer to the subject without the loss of space. Point sources are great but they require more room for diffusion, whereas a panel design like Vortex8 is already spread out so you can get it closer to your subject and diffuse it right there and still use it in tight spots where other fixtures would have an overly deep footprint. Conversely, the Vortex8 can be used where more throw is required than a traditional soft source alone could provide.

Just what output it has at wider beam angles is unclear.

“When you need to light large areas, you may have tens to hundreds of fixtures and costs can quickly climb as higher illumination levels or larger coverages are required. In terms of dollars per watt, the narrow beam angle of the Vortex8 and the high wattage design is able to cover more area with fewer units. Its narrow source is concentrated with a precision lens array natively providing a 20° beam angle. This yields a blistering 13,900lux at 3m/9ft in 5600K and a dollar per watt ratio of $7.69 per watt making it a high value, extremely versatile lighting system, and accessible addition to the creative tools of gaffers and cinematographers.”

The light offers the ability to shoot at over 5000fps Flicker Free in the High-Speed Mode.

The Vortex8 features macro-level controls that let users manipulate up to 8 individual zones. Effects and color gels are built into the latest CreamOS architecture in addition to a range of new features wrapped into a brand new, intuitive user interface.

There is no way of sugar-coating the fact that this is a heavy light. The fixture itself weighs in at 13.7kg / 30lb (Excluding Yoke). From what I have told, the yoke weighs around 1.9kg / 4.18lb.

The power supply is incorporated into the light so there is no additional power supply that you need to attach.

How does this weight compare to some other high end 2×1 RGBW lights?

As you can see, the Vortex8 is slightly heavier than a Rotolight Titan X2 and lighter than an ARRI S60-C Skypanel.

I don’t think I have come across many lights that are as well built as Creamsource fixtures. To say they are built like a tank is probably an understatement. On the Vortex8 the whole fixture is made out of Aluminium/Technopolymer and all of the connectors, dials, and switches look to be exceptionally well made.

The Vortex8 uses a removable quick-release yolk. This is a great feature and one I wish more lights would have.

These lights are designed for the rigors of field use and for rental houses that need reliable and robust lights. The Creamsource lights come with a whopping 5-year warranty. That is very rare in our industry.

The Vortex8 uses low noise variable speed fans As far as power is concerned, the light can handle any 48V DC, Max 13A input and it can run at 100% brightness from that DC input. It can also utilize 100-240V AC, 50/60Hz, Max 8A. The light features a Neutrik PowerCon connector.

As I mentioned earlier the light draws 650W, this does make it a lot more power-hungry than some other high-end 2×1 RGBW fixtures:

The Vortex8 is IP65-rated water-resistant fixture that has eliminated external power supplies to simplify rigging and cabling.

The Vortex8 is equipped with extensive expandable wireless options, and ships with a LumenRadio built-in. It also supports Ethernet, Bluetooth, TimoTwo, 5 Pin DMX, Wifi, USB type A and it has a Creamsource Accessory port.

The rigging of the Vortex8 is accentuated by a clever eight-point attachment system, 2 points on every corner. This creates a lot of versatility for rigging options, configuration, and safety. It also means you will be able to create larger arrays by combining multiple Vortex8 fixtures.

The Vortex8 is primarily being targeted at rental houses and large production, however, there is no reason it wouldn’t make for a versatile high-end lighting solution for an owner/operator.

The Vortex8 will begin shipping Autumn (western hemisphere) for 2020 for $4999 USD. You can pre-order the Vortex8 immediately if you want an early place in the order queue. 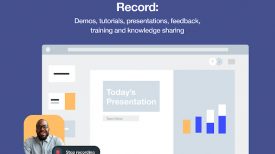 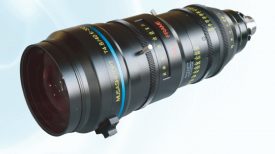 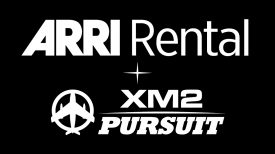