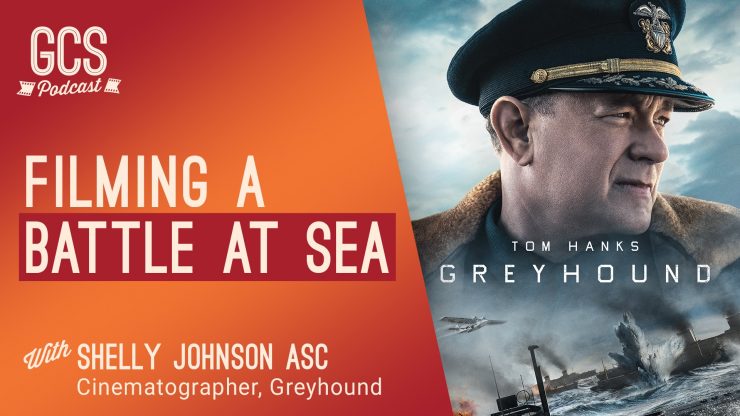 Shelly and Ben discuss working with legendary actor Tom Hanks, recreating a WWII battle at sea, Shelly’s focus on-camera performance, using a white screen instead of a green screen, the challenges of naturally lighting the interior of a dark battleship, and much more.

You can listen to the full episode above: