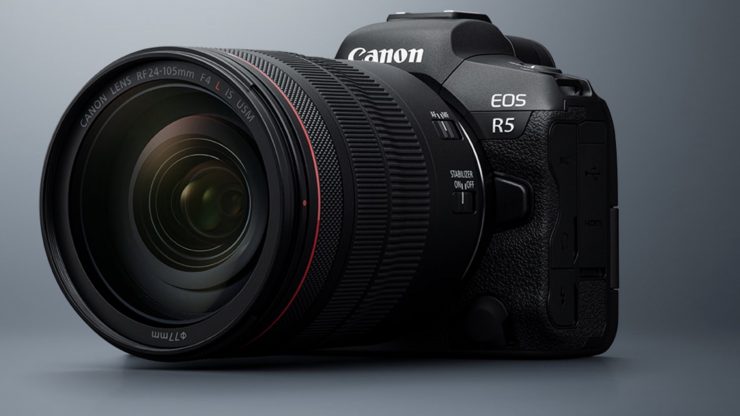 In response to the growing concern regarding the overheating of the EOS R5 and R6, Canon has just officially released a statement. Below you can read it:

The EOS R5, one of the latest additions to Canon’s full-frame mirrorless camera line, offers class-leading autofocus with high-resolution and high frame rate video recording options using the maximum width of the full-frame sensor at high bit rates.  Inevitably, this combination of features has the potential to generate some significant heat, which will limit recording time.

Canon has taken several steps to manage the potential for overheating, including:

In regard to the installation of a fan: The decision not to install a fan within the body was made in order to maintain the EOS R5’s compact size, lightweight construction and weather resistance.

Before recording starts, the EOS R5 and EOS R6 display an estimate of the recordable time based on the current camera temperature and the set recording mode.

Canon has published and included below the approximate recording and estimated recovery times for 23°C / 73°F environments and ensures that the camera will warn users when it is getting too hot. Additionally, tips to reduce overheating as well as recovering time are listed below.

How can you reduce heat buildup in the EOS R5?

This is what Canon recommends:

Set Overheat Control function to “ON” (default). When the overheat control function is enabled, the movie size and frame rate are automatically changed while the camera is in standby mode to suppress the rise of the internal temperature.

Between recordings, it is recommended to turn off the camera and position the camera out of direct sunlight. You can also use an external fan to dissipate heat.

These are not always going to be options that are possible. If you are a working professional there will be jobs where using this camera in particular modes could get you into real trouble. You can’t tell a client, sorry we have to wait for 20min before we can shoot again, and oh, by the way, then we can only record for another 3 minutes. Again, choose the right tool for the right job. If you use an R5 in a situation where this is going to happen then you have no one to blame but yourself.

How long will it take for the camera to recover?

Estimated camera recovery times are indicated below. The time until full record time is available will vary with ambient temperature, continued camera operation, and the selected shooting resolution.

While there is pretty substantial hindering of recording times when shooting 8K or 4K 60p (oversampled), these are unlikely to be modes that the majority of users are going to shoot in for extended periods of time.

What you need to clearly note, is these downtimes listed by Canon are for working in conditions where the ambient temperature is 23 C / 73 F. If you are working in much hotter conditions then the waiting times and subsequent recording times are going to be increased and decreased respectively.

If you do want to record a lot of 8K or 4K60p (oversampled) then one option would be to have multiple camera bodies, but that is not going to be a financially viable option for a lot of users.

What about the EOS R6?

Here is what Canon says about haet and the R6:

Like the EOS R5, the EOS R6 offers powerful movie recording and stills capabilities within a compact body design. At the highest frame rates and resolutions, heat is inevitably generated. We believe the EOS R6 offers the best in class performance, especially for enthusiast photographers and video content creators.

If you need to record for longer periods of time and don’t want to encounter any major heat issues, the R6 is probably a better option than the R5.

It is a step in the right direction that Canon has addressed this issue that has been grabbing the headlines. While it doesn’t solve any overheating issues it does provide potential users of the camera with the information needed so that they can use the camera properly.

Look, these cameras aren’t going to be for everyone. If you have specific requirements or work in conditions or environments where these limitations may affect what you are doing, then don’t buy the camera.

A mirrorless hybrid camera is always going to have compromises as it is built with two different purposes in mind. I still believe that both the R5 and R6 will be good cameras if used within their limitations. Would it be great if they didn’t have any heat or recording limitations? Absolutely, but they do.

I don’t want to defend or chastise Canon, because there are two sides to every story. Canon probably oversold the camera to a certain extent, and in hindsight, they probably should have mentioned all of these issues a lot earlier on or in their initial press briefings.

What do you think about theses statements from canon about the overheating issues? Please let us know your thoughts in the comments section below.