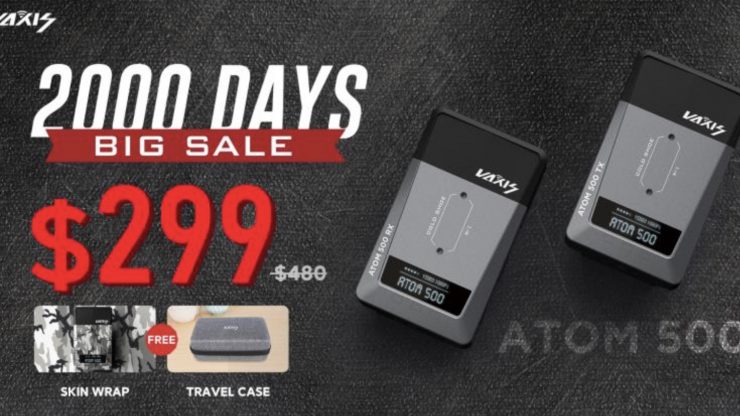 Vaxis have released new firmware for their entry-level Atom 500 wireless video transmission system. They also have a range of promotional deals to celebrate their company’s 2,000th day of operation.

If you aren’t familiar with the Atom 500, it features both TX and RX units. It was designed to give users an affordable and versatile monitoring solution. You can output to a traditional monitor that has an HDMI input, or you can monitor the signal through the dedicated app on an iPad or iPhone.

Vaxis now has new firmware available for the Atom 500 that is claimed to have shortened the image delay. The firmware also fixes various bugs.

You can download this new firmware by going to:
http://www.vaxisglobal.com/download/

I reviewed the Atom 500 earlier this year and found it to offer a lot of functionality for the price. If you are after latency-free pictures then you shouldn’t confuse the Atom 500 with a more expensive wireless system. While it still works well (depending on the camera you use it with) it isn’t going to provide the same level of performance. There is a reason you pay a lot more money to get almost zero latency performance.

To celebrate the establishment of Vaxis for 2,000 days, the company is holding a promotion event between 4th July-18th July. Here are the deals available:

You can also order and join the Vaxis community Facebook Group to get extra giveaways
https://www.facebook.com/groups/Vaxispromo/