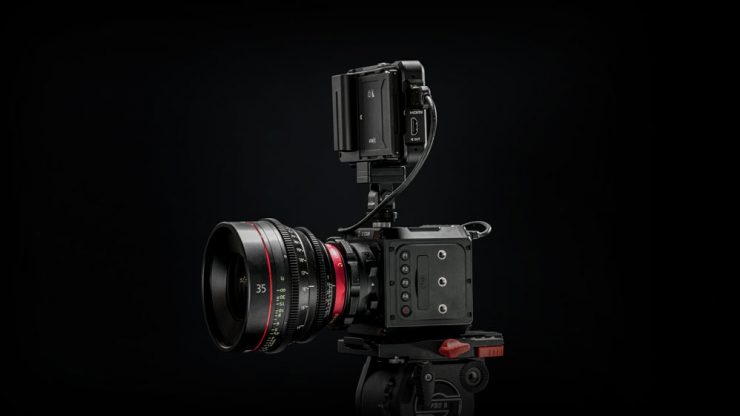 This has been previously teased, but the new update also allows for camera control via the Ninja V.

The Ninja V connects via USB-C and allows two-way communication for a range of controls such as record start/stop, iris, shutter speed, ISO and eND. The Control feature works whether recording internally in the camera, or externally to the Ninja V. The camera constantly updates the Ninja V with the value of each setting, which is in turn displayed clearly on the monitor.

Z CAM and Atomos have a shared vision to create industry-leading technologies at affordable prices. Our collaboration on RAW recording and camera controls for the E2 series and Ninja V demonstrates that by working together we are able to offer a tightly integrated camera system that really delivers for our users.

This is also the first time we have implemented camera control from our products and I’m delighted that is with Z CAM. The combination of Z CAM’s advanced small form-factor camera bodies and Atomos Controls, plus RAW recording and HDR monitoring is hard to beat

We are glad to extend Apple ProRes RAW support to cover the Z CAM E2 series with the help of Atomos. The new combinations open up a lot of opportunities while meeting high-end production requirements. How good is ProRes RAW recording on Z CAM with Atomos? Seeing is believing!

These options are available immediately in a free AtomOS 10.5 update and firmware update 0.96 from Z CAM.

The cameras range in price depending on the sensor used. The following is in USD.

UN/SEEN, shot by filmmaker/director James Tonkin is available to view in either SDR or HDR.