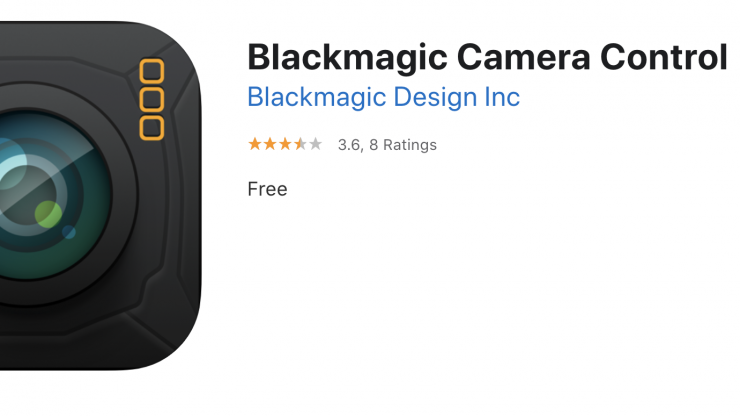 It lets you control your camera from up to 30 feet away, so you can remotely change camera settings, control the lens, adjust metadata, and trigger recording. On URSA Mini Pro cameras you can also remotely power the camera on or off.

Unfortunately, the app doesn’t let you view images coming from a Blackmagic camera, it is purely just for camera control.

Blackmagic Camera Control requires a Bluetooth enabled camera such as the:

The Camera Control 1.03 update mainly improves stability and fixes a number of nagging issues that users were experiencing. Quite a few users were complaining that the iris would default straight to the lowest aperture setting when using the app.

Unfortunately, there still isn’t a version for the iPhone.