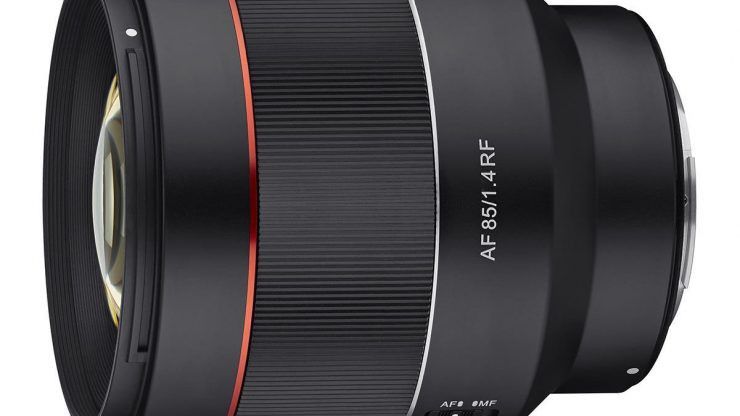 Rokinon has announced the 85mm AF F1.4 Canon RF mount lens. This is a fast prime lens that can be used on cameras such as the Canon EOS R, upcoming EOS R5, and the RED Komodo.

You may also see the same lens being sold by Samyang as well. Rokinon and Samyang are the same company, the lenses are just branded differently depending on where in the world you buy them.

This is the exact same lens as the existing AF 85mm f/1.4 that is available in Sony E-mount, Nikon F Mount, and Canon EF mount.

The optical design features four high refractive index elements, which are claimed to help reduce spherical aberrations and distortion. There is one extra-low dispersion element which controls color fringing and chromatic aberrations. Individual elements also feature an Ultra Multi-Coating, which is said to suppress flare and ghosting for greater contrast in strong lighting. The lens has a rounded nine-blade diaphragm.

The lens will be available from authorized dealers in June for $699 USD.