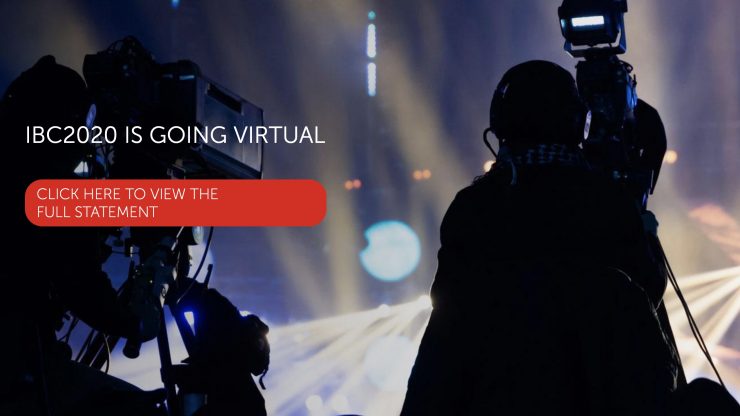 IBC 2020 has been canceled. This doesn’t come as a huge surprise given back in April the Dutch government extended a ban on major public events, including professional sports and music festivals, until September 1st, 2020.

That date was very close to the start of IBC 2020. If that ban had have been extended, IBC would have had to cancel anyway. By being preemptive they have allowed companies who were planning on attending to make alternate plans.

Here is the full statement issued by IBC:

I hope you are safe and well, as we continue to adapt to the changing world in which we find ourselves. Following on from my previous statement I wanted to give you an update on the developments and situation at IBC. As previously outlined, the IBC team has been focused on assessing and developing appropriate plans for IBC2020 this September at the RAI Amsterdam.

Within these plans it is crucial that IBC can deliver a safe and successful environment. However, as governments announce the route forward, it has become clear that a return to (a new) normal is unlikely to be achieved by September.

It has also become evident, through our dialogue with the IBC community, that an early decision is preferential for the industry so it can plan for the future.

Right now, despite the best work of the IBC team and our Dutch colleagues, there are still many unknowns. Therefore, we cannot guarantee that we will be able to deliver a safe and valuable event to the quality expected of IBC.

It is also evident that important aspects of a large-scale event such as IBC will be greatly altered by social distancing, travel restrictions, masks etc. so much so that the spirit of IBC will be compromised.

With that in mind and based on what we know at this point, it is with a heavy heart IBC has made the difficult decision to cancel the IBC2020 show. You may have seen IBC and the IABM surveys on this topic. Evidence gathered from these IBC stakeholders helps to confirm this decision.

Whilst this is hugely disappointing for us all, IBC will continue to play a vital role in supporting the industry to get back on track wherever we are able.

For more than 50 years, IBC has provided the central annual meeting place for the Media, Entertainment & Technology community. For example, over the coming months IBC will continue to engage with the industry through its digital platform IBC365. Details of our plans will follow soon.

My very best wishes to all of you during this time of unprecedented challenges and I look forward to welcoming you next year at IBC2021, in Amsterdam.

IBC will be going online for 2020. The details of how that will work will be released at a later date.

It looks like we won’t be seeing any major trade shows in our industry this year. Cinegear was rescheduled to October and it will be very interesting to see if that still goes ahead.